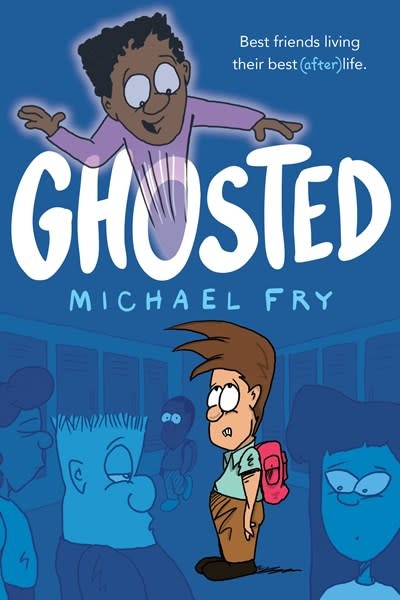 From the best-selling author of the How to be a Supervillian series, comes this laugh-out-loud, heavily illustrated story of a shy boy, his best-friend-turned-ghost, and their bucket list of adventures and dares. Perfect for fans of the Timmy Failure and Diary of a Wimpy Kid series.

Larry’s got a few problems. In school, he’s one of those kids who easily gets lost in the crowd. And Grimm, Larry’s best friend in the whole world, has ghosted him. Literally. One minute Grimm was saving a cat in a tree during a lightning storm, and the next, he’s pulling pranks on Larry in his new ghostly corporal form.

When the two best friends realize that there’s something keeping Grimm tethered to their world, they decide that finishing their Totally To-Do bucket list is the perfect way to help Grimm with his unfinished business. Pulling hilarious pranks and shenanigans may be easier with a ghostly best friend, but as Larry and Grimm brave the scares of seventh grade, they realize that saying goodbye might just be the scariest part of middle school.

Michael Fry is the best-selling author of the Jimmy Patterson Presents How to be a Supervillain series. A cartoonist for over 30 years, Michael is the co-creator and writer of the Over the Hedge comic strip which was turned into a Dreamworks film starring Bruce Willis and William Shatner. He lives near Austin, TX.