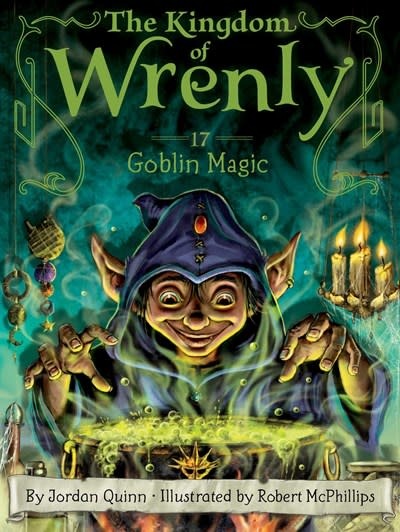 Prince Lucas and Clara meet a mysterious young goblin in this seventeenth magical adventure of The Kingdom of Wrenly series!

Goblins are among the most mysterious creatures in the Kingdom of Wrenly. Known to be extremely dangerous and shrewd, goblins were stripped of their magical powers after being defeated by the wizards in the Goblin Battles. So when Prince Lucas and Lady Clara come face-to-face with a young goblin on a mission to save the wizards of Hobsgrove, they must decide who to trust before history repeats itself.

Robert McPhillips has been involved in a wide variety of projects over the years—from illustrating greeting cards to animation, though he especially loves illustrating children’s books. Robert makes his home in North Devon, England, with his wife, Sam.