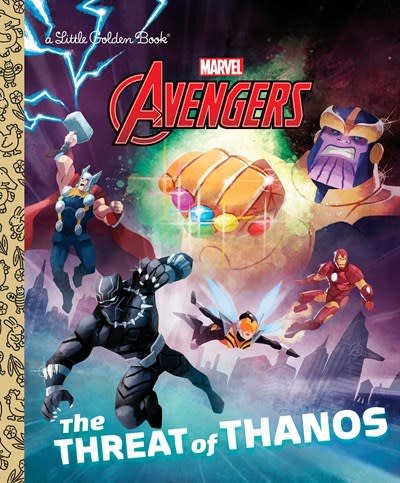 Iron Man, Wasp, Thor and Black Panther—members of Marvel’s Avengers—team up to take on a threat to the entire galaxy in this out-of-this-world adventure! Little Golden Books are a great way to introduce kids to all the heroes in the Marvel Universe.

Marvel Super Heroes are some of the most popular comic book characters in the world, and include: Spider-Man, the Hulk, Iron Man, Captain America, Thor, and the Avengers. The Marvel Little Golden Books continues to expand right along with the Marvel Cinematic Universe with two to four new titles each year.