Home » Gregor and the Code of Claw (The Underland Chronicles #5) 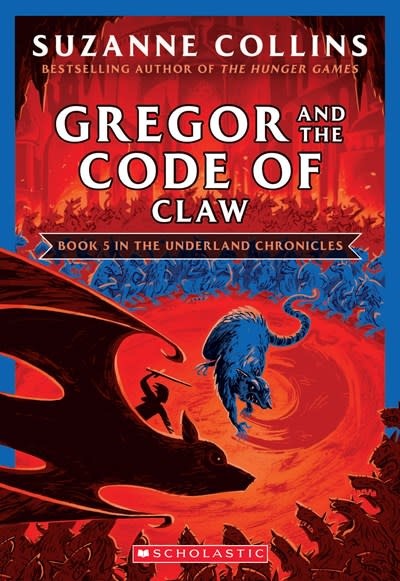 Gregor and the Code of Claw (The Underland Chronicles #5)

The stunning conclusion to the riveting Underland Chronicles by Suzanne Collins, New York Times bestselling author of The Hunger Games!

Everyone in the Underland has been taking great pains to keep The Prophecy of Time from Gregor. Gregor suspected it says something awful but he never imagined just how awful: It calls for the warrior's death. Now, with an army of rats approaching and his mom and sister still in Regalia, Gregor the warrior must gather up his courage to help defend Regalia and get his family home safely. The entire existence of the Underland is in Gregor's hands, and time is running out. There is a code to be cracked, a mysterious new princess, Gregor's burgeoning dark side, and a war to end all wars.This is the thrilling conclusion to Suzanne Collins's New York Times bestselling middle grade series.