Home » Gregor and the Marks of Secret (The Underland Chronicles #4) 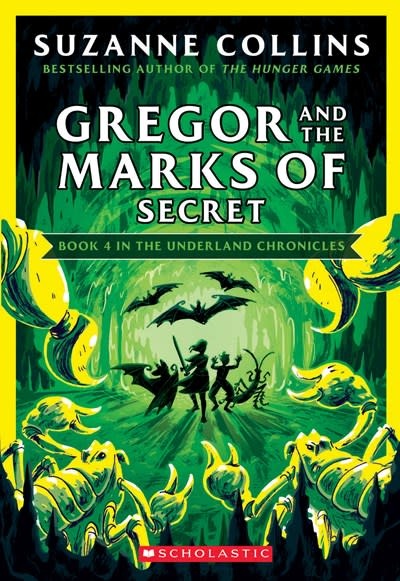 Gregor and the Marks of Secret (The Underland Chronicles #4)

The gripping fourth adventure in The Underland Chronicles by Suzanne Collins, New York Times bestselling author of The Hunger Games!

For generations, rats have run the mice -- or "nibblers" -- out of whatever lands they've claimed, keeping them on the move. But now the mice are disappearing, and the young queen Luxa is determined to find out why.When Gregor joins her on a fact-finding mission, the true fate of the mice is revealed. It is something far more sinister than Gregor or Luxa had imagined -- and it points the way to the final prophecy he has yet to fulfill. Will Gregor's role as warrior be put to the test?