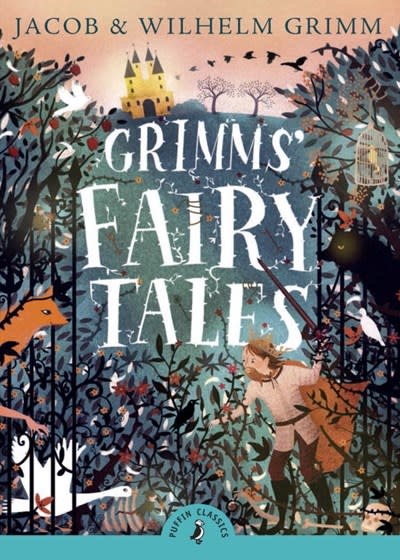 From the land of fantastical castles, vast lakes and deep forests, the Brothers Grimm collected a treasury of enchanting folk and fairy stories full of giants and dwarfs, witches and princesses, magical beasts and cunning children. From classics such as ’The Frog-Prince’ and ’Hansel and Grettel’ to the delights of ’Ashputtel’ or ’Old Sultan’, all hold a timeless magic which has enthralled children for centuries.

Jacob Ludwig Carol Grimm (1785-1863) and Wilhelm Carl Grimm (1786-1859), universally known as ’the brothers Grimm’, were born in the German state of Hesse. Their ambition was to collect traditional tales in order to preserve Germany’s heritage. They published two volumes in 1812 and 1814 which include some of the best-known fairy tales of all time, such as ’Tom Thumb’ and ’The Elves and the Shoemaker’.