Home » Grumpy Monkey Who Threw That? 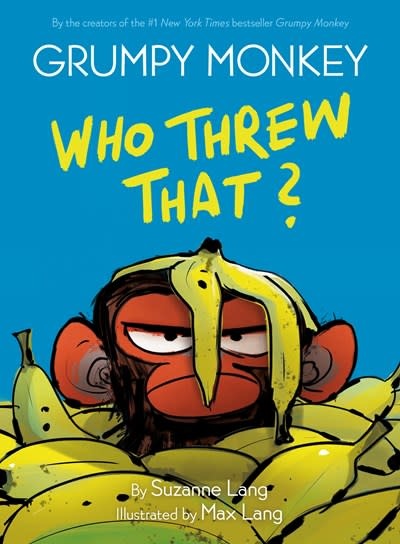 Grumpy Monkey Who Threw That?

This early graphic novel chapter book based on the #1 New York Times bestselling Grumpy Monkey is perfect for children who love the original picture books and are ready for the next step. A longer storyline, multiple panels per page, and hilarious dialogue will keep kids laughing all the way to the end, when Jim Panzee learns an important lesson about apologies.

Jim Panzee is demonstrating a new magic trick when he’s interrupted by two oxpeckers cooing over each other. Annoyed, he tosses a banana peel from his branch and, even worse, denies doing it!

Now the real trouble begins when Jim Panzee is banished from the jungle. Best friend Norman joins him and they end up in the desert.  But the desert isn’t a happy place for them, especially Norman. Too much heat in the daytime, too much cold at night, and the lack of bananas are big problems. In order to help his best buddy, Jim agrees to return to the jungle. But the only way he will be welcomed back is if he apologizes. Will grumpy monkey Jim be able to do that?

SUZANNE LANG produces, develops, and writes children's television. Formerly with Cartoon Network, she is presently the story editor of an animated comedy series for Cake Entertainment and Copa Studios. Suzanne has a BFA in film and television from NYU's T­isch School of the Arts. 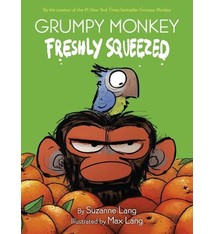