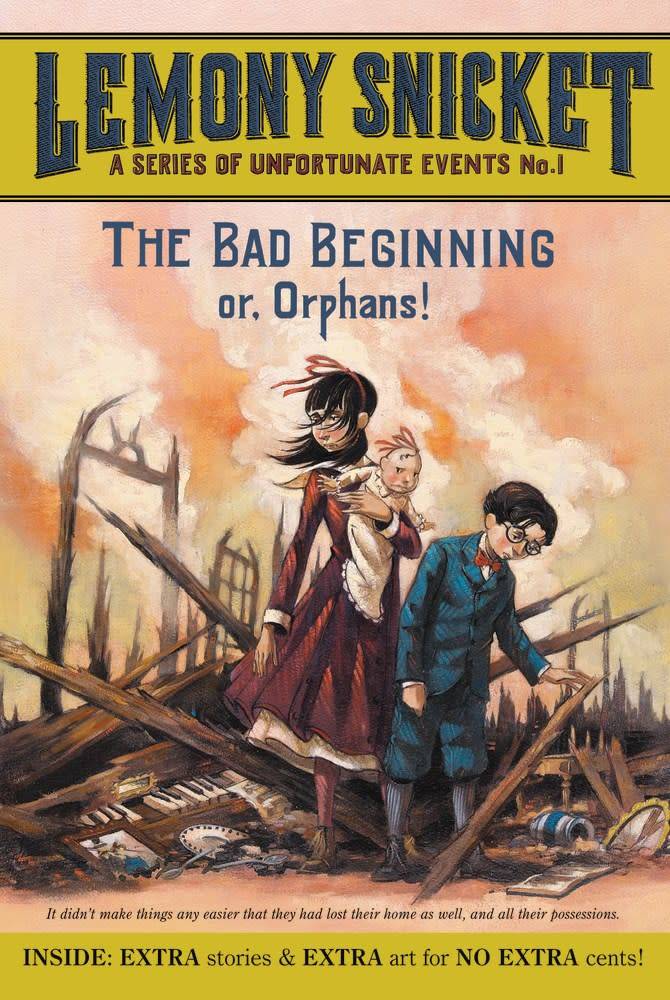 The infamous Lemony Snicket, as you’ve never seen him before.

Imagine tales so terrible that as many as 50 million innocents have been ruined by them – tales so indelibly horrid that the New York Times Bestseller List has been unable to rid itself of it for seven years.

Now imagine this scourge suddenly became available in a shameful new edition so sensational, so irresistible, so riddled with lurid new pictures that even a common urchin would wish for it. Who among us would be safe?

Lock your doors and hide your little ones, for this is no mere fancy. The reviled Lemony Snicket’s first two tales of the Baudelaire orphans are reborn … in an even more flammable format.