Home » Heart of Darkness and the Congo Diary (Penguin Classics) 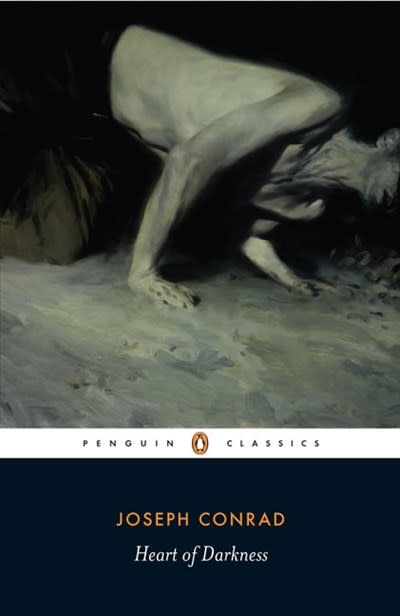 Heart of Darkness and the Congo Diary (Penguin Classics)

Joseph Conrad's enduring portrait of the ugliness of colonialism. Nominated as one of America’s best-loved novels by PBS’s The Great American Read

Heart of Darkness is the thrilling tale of Marlow, a seaman and wanderer recounting his physical and psychological journey in search of the infamous ivory trader Kurtz. Traveling upriver into the heart of the African continent, he gradually becomes obsessed by this enigmatic, wraith-like figure. Marlow's discovery of how Kurtz has gained his position of power over the local people involves him in a radical questioning, not only of his own nature and values, but of those that underpin Western civilization itself. This edition also includes Conrad’s Congo Diary, a glossary, and an introduction discussing the author’s experiences of Africa, critical responses, and the novel’s symbolic complexities.

Joseph Conrad (originally Józef Teodor Konrad Nalecz Korzeniowski) was born in the Ukraine in 1857 and grew up under Tsarist autocracy. In 1896 he settled in Kent, where he produced within fifteen years such modern classics as Youth, Heart of Darkness, Lord Jim, Typhoon, Nostromo, The Secret Agent and Under Western Eyes. He continued to write until his death in 1924. Today Conrad is generally regarded as one of the greatest writers of fiction in English—his third language.