Home » Hilde on the Record: Memoir of a Kid Crime Reporter 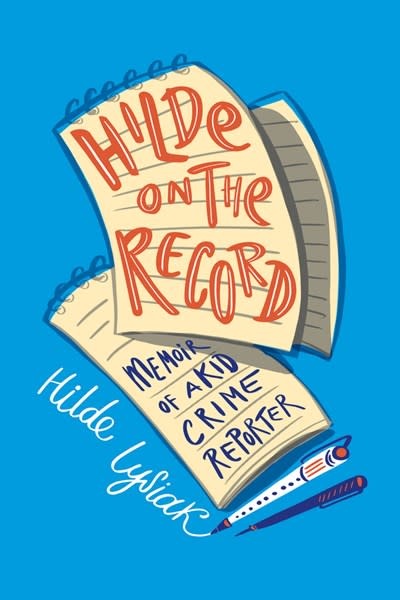 Hilde on the Record: Memoir of a Kid Crime Reporter

When seven-year-old Hilde Lysiak found out her new town didn’t have a paper, she grabbed a notepad and began to work.

Hilde Kate Lysiak spent her early childhood in New York City with a passion for journalism. When her family moved to Selinsgrove, Pennsylvania, Hilde didn’t complain. Instead, she started reporting.

Hilde began by reporting on the birth of her sister, the newest resident on Orange Street, then began expanding her coverage to the entire city. She interviewed hundreds of locals in her effort to deliver “All the News Fit for Orange Street”: a seed exchange at the local library, a fundraiser for a hospital’s neonatal unit, a fire at a church, and a mysterious vandal destroying landscaping on city property.

Everything changed when Hilde received a tip that a terrible crime had happened just blocks from her house. By using the tools she had learned on the beat, the enterprising young reporter was able to confirm the facts and get the important information out to the public several hours before the other local media.

Hilde was proud of her work, but not everyone in her small town felt that way. Cyberbullies targeted her, zeroing in on her age and gender. Hilde considered ignoring them but decided she had to stand up to the haters to protect the reputation she had worked so hard to earn. Her response went viral, and nearly every major news organization took notice.