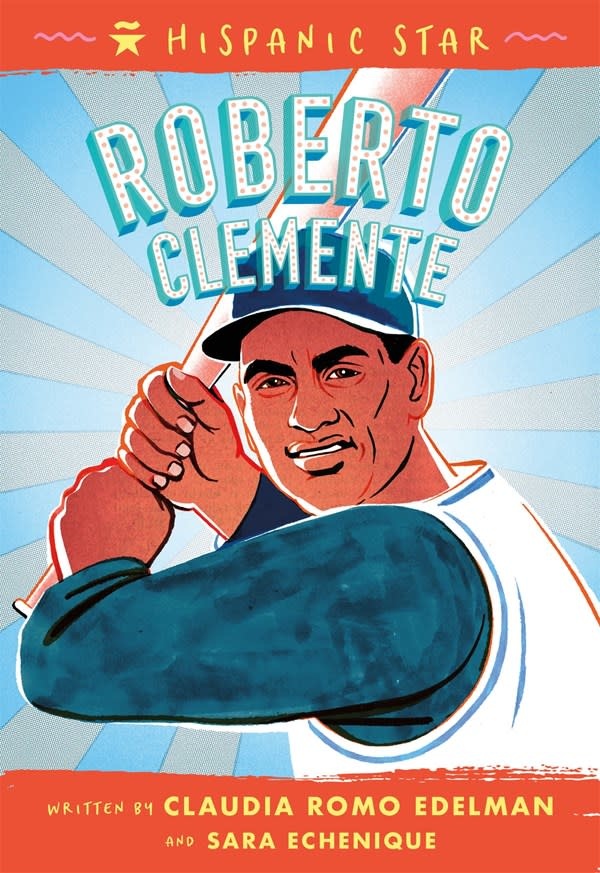 Read about Puerto Rican Baseball Hall of Famer Roberto Clemente in Hispanic Star: Roberto Clemente, and learn the most groundbreaking, iconic Hispanic and Latinx heroes that have shaped our culture and the world in this gripping biography series for young readers. If you can see it, you can be it.

Meet Puerto Rican Baseball Hall of Famer Roberto Clemente—once just a kid from Loíza, Puerto Rico, who loved to play baseball on the streets of his hometown with friends and family. A professional baseball right fielder, Roberto played eighteen seasons with Major League Baseball, but his storied career began long before he signed with the Pittsburgh Pirates. The first Caribbean and Latin American player to be inducted into the National Baseball Hall of Fame, Clemente’s legacy as a two-time World Series champion paved the way for generations of Latinx athletes to live out their biggest dreams on and off the field.

Hispanic Star proudly celebrates Hispanic and Latinx heroes who have made remarkable contributions to American culture and have been undeniable forces in shaping its future.

Sara E. Echenique is a Puerto Rican lawyer and children’s author. She grew up in Puerto Rico and is proud to be passing on her heritage to her two young children. She now lives in Florida with her husband and their children, and their Puerto Rican rescue dog, Luna.