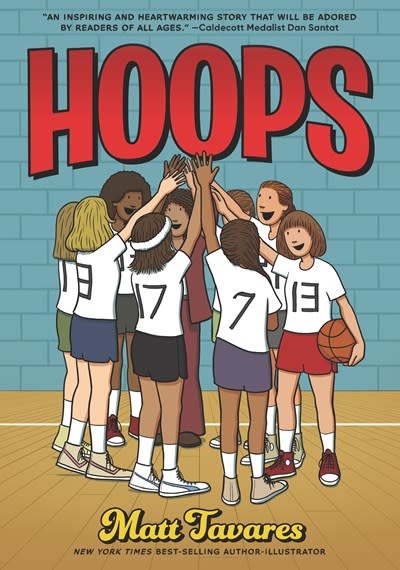 It is 1975 in Indiana, and the Wilkins Regional High School girls’ basketball team is in their rookie season. Despite being undefeated, they practice at night in the elementary school and play to empty bleachers. Unlike the boys’ team, the Lady Bears have no buses to deliver them to away games and no uniforms, much less a laundry service. They make their own uniforms out of T-shirts and electrical tape. And with help from a committed female coach, they push through to improbable victory after improbable victory. Illustrated in full color, this story about the ongoing battle of women striving for equality in sports rings with honesty, bravery, and heart.

Matt Tavares is the author-illustrator of the New York Times best-selling picture book Dasher, as well as Red and Lulu and several sports biographies, including Becoming Babe Ruth and Growing Up Pedro. He is also the illustrator of Twenty-One Steps: Guarding the Tomb of the Unknown Soldier by Jeff Gottesfeld, The Gingerbread Pirates by Kristin Kladstrup, 'Twas The Night Before Christmas, and Over the River and Through the Wood, among many other picture books. Matt Tavares lives in Maine.