Home » How to Draw Manga Stroke by Stroke 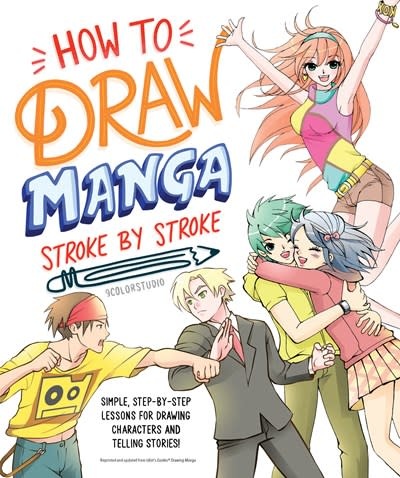 How to Draw Manga Stroke by Stroke

A simple, easy-to-use guide to drawing manga that uses color to show beginning manga artists how to draw each new stroke.

Here’s what you’ll find inside:

The easiest way to learn to draw manga, each lesson uses a simple grid pattern and color to show the strokes for each new step.

Over 75 step-by-step lessons that will teach you everything you need to know to draw manga figures representing a variety of ages, styles, and body types.

Fun tutorials for drawing details on clothes, hair, hands, eyes, and much more.

Expert tips with each lesson that will help you become a better manga artist, so you can eventually draw your own unique manga figures.