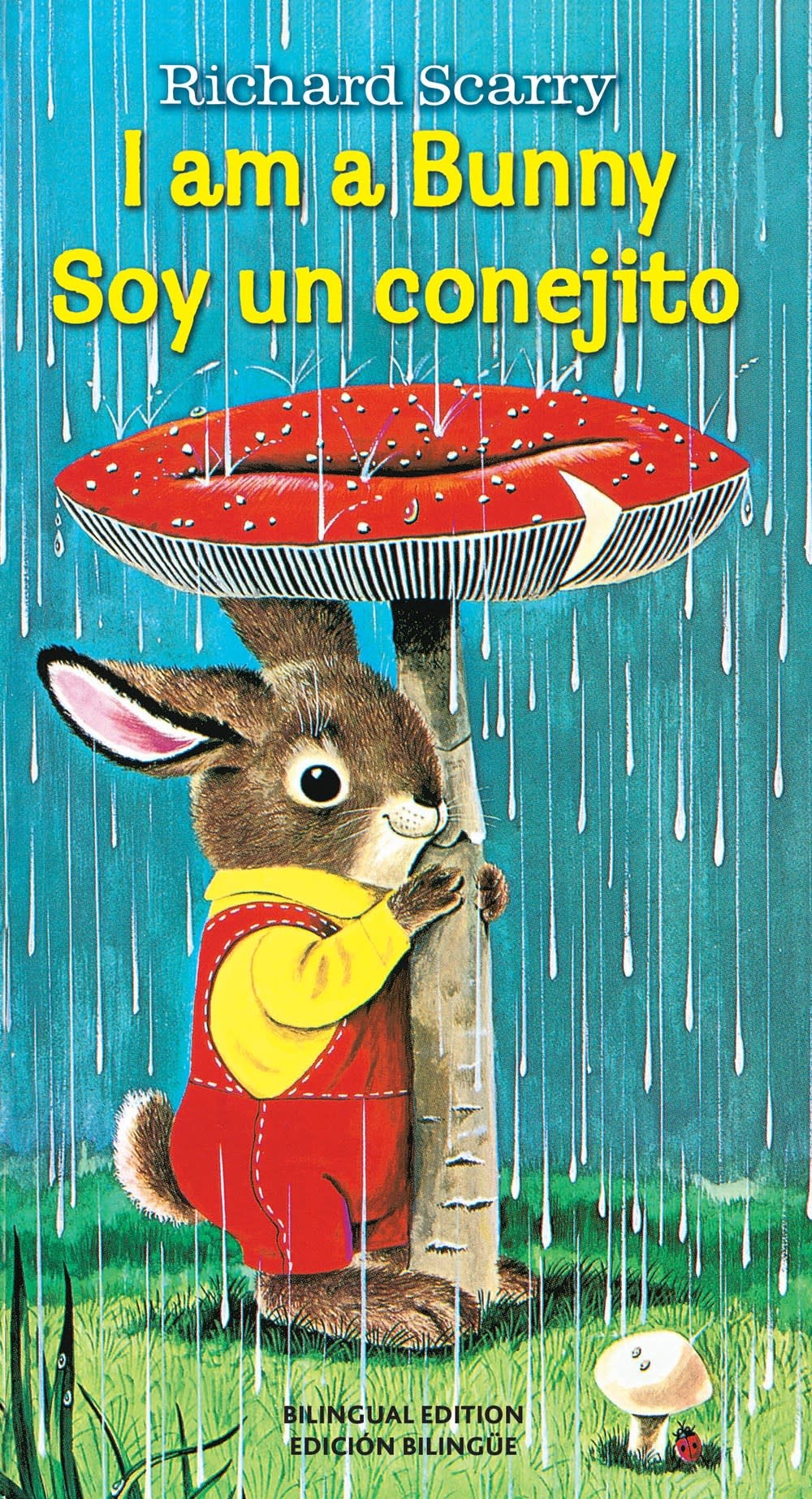 This Richard Scarry classic is now available in a bilingual board-book edition—featuring both Spanish and English!

The beloved classic I Am a Bunny is now available in a Spanish/English bilingual board book! Richard Scarry’s beautiful paintings of a sweet bunny named Nicholas, paired with simple, engaging text, have thrilled readers for more than 55 years. Now, newly translated by Teresa Mlawer—one of the most respected figures in Hispanic publishing—this sturdy board book will delight young children who speak both English and Spanish or who want to learn either language. An adorable and thoughtful baby gift!

Ole Risom (1920-2000) was one of the most influential publishers of mass-market books for children. He was vice president and art director of Golden Books at Western Publishing Company from 1952-1972, and then vice president and associate publisher of the juvenile division of Random House from 1972-1990. He worked closely with his good friend Richard Scarry over the years at both houses. He also worked with Dr. Seuss, Jim Henson, Stan and Jan Berenstain, Leo Lionni, Laurent de Brunhoff, Charles M. Schulz, and Marc Brown.

RICHARD SCARRY (1919-1994) is one of the world’s best-loved children’s authors EVER! Generations of children all over the world have grown up spending hours poring over his books filled with all the colorful details of their daily lives. No other illustrator has shown such a lively interest in the words and concepts of early childhood. (Whenever he was asked how old he was, Scarry would always put up one hand and laugh, saying, “five!”)

Born in 1919, Richard Scarry was raised and educated in Boston, Massachusetts. After five years of drawing maps and designing graphics for the US Army, he moved to New York to pursue a career in commercial art. But after showing his portfolio to one of the original editors at Golden Books, he found the perfect home for his work. The assignments first given to Scarry tended to be Little Golden Books that featured popular characters of the day, such as Winky Dink, Rudolph the Red-Nosed Reindeer, and Smokey the Bear. Eventually, Scarry created his own original characters, such as Lowly Worm and Huckle Cat. But first came Nicholas, a young rabbit clad in red overalls, for the now-iconic classic I Am a Bunny.

In his extraordinary career, Richard Scarry illustrated more than 150 books, many of which have never been out of print. His books have sold over 100 million copies around the world and are currently published in more than twenty languages. Richard Scarry Jr., also an illustrator, carries on his father’s work today under the name of Huck Scarry. Richard Scarry passed away at his home in Gstaad, Switzerland in 1994. He was posthumously awarded a Lifetime Achievement Award from the Society of Illustrators in 2012.

Richard Scarry (1919-1994) is one of the world's best-loved children's book creators ever! After a stint in the army, Scarry showed his portfolio to one of the original editors at Golden Books. There he found the perfect home for his children's books. In his extraordinary career, Scarry illustrated well over 150 books, many of which have never been out of print. His books have sold over 100 million copies around the world and are currently published in over twenty languages. No other illustrator has shown such a lively interest in the words and concepts of early childhood.