Home » I Hope You're Listening 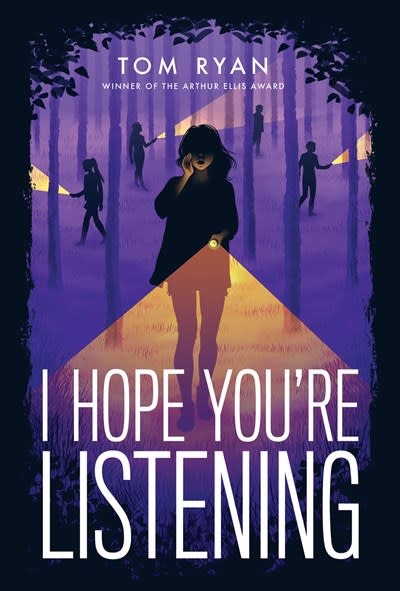 I Hope You're Listening

The anonymous host of a true-crime podcast is faced with a new case that could uncover secrets from her past.

In her small town, seventeen year-old Delia “Dee” Skinner is known as the girl who wasn’t taken. Ten years ago, she witnessed the abduction of her best friend, Sibby. And though she told the police everything she remembered, it wasn’t enough. Sibby was never seen again. At night, Dee deals with her guilt by becoming someone else: the Seeker, the voice behind the popular true crime podcast Radio Silent, which features missing persons cases and works with online sleuths to solve them. Nobody knows Dee’s the Seeker, and she plans to keep it that way. When another little girl goes missing, and the case is linked to Sibby’s disappearance, Dee has a chance to get answers, with the help of her virtual detectives and the intriguing new girl at school. But how much is she willing to reveal about herself in order to uncover the truth? Dee’s about to find out what’s really at stake in unraveling the mystery of the little girls who vanished.

Tom Ryan is the author of several books for young readers. He has been nominated for the White Pine Award, the Stellar Award and the Hackmatack Award, and two of his books were Junior Library Guild selections. Two of his young adult novels, Way to Go and Tag Along, were chosen for the ALA Rainbow List, in 2013 and 2014. He was a 2017 Lambda Literary Fellow in Young Adult Fiction.