Home » I Survived the Wellington Avalanche, 1910 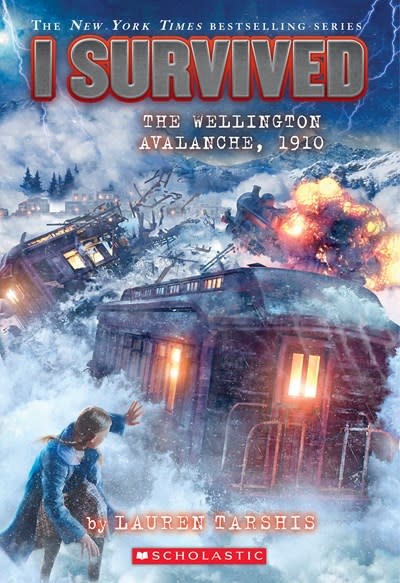 I Survived the Wellington Avalanche, 1910

The Wellington snow slide of 1910 was—and still is—the deadliest avalanche in America’s history. Lauren Tarshis's story of one child surviving the frozen nightmare pounds with page-turning action and heartwarming hope.The snow came down faster than train crews could clear the tracks, piling up in drifts 20 feet high. At the Wellington train depot in the Cascade Mountains, two trains sat stranded, blocked in by snow slides to the east and west. Some passengers braved the storm to hike off the mountain, but many had no choice but to wait out the storm.But the storm didn’t stop. One day passed, then two, three . . . six days. The snow turned to rain. Then, just after midnight on March 1, a lightning storm struck the mountain, sending a ten-foot-high wave of snow barreling down the mountain. The trains tumbled 150 feet. 96 people were dead.The Wellington avalanche forever changed railroad engineering. New York Times bestselling author Lauren Tarshis tells the tale of one girl who survived, emerging from the snow forever changed herself.