Home » I'm Sticking with You 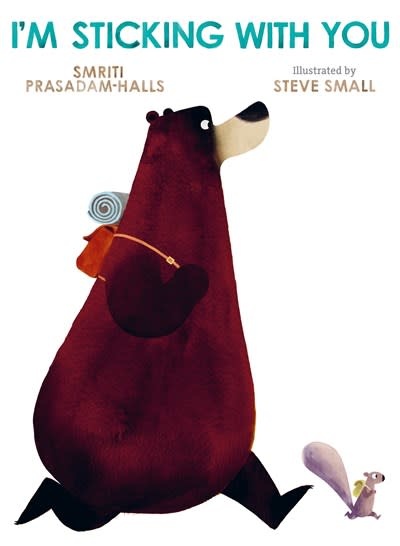 I'm Sticking with You

This charming picture book tells the story of two friends who stick together through thick and thin—until one friend decides to strike out on his own.

Bear and Squirrel are best friends. They canoe together, but Bear is slightly too heavy for the boat. They seesaw together, but Squirrel is launched into the air. They have teatime, but Bear accidentally breaks Squirrel's favorite mug.

Finally, Squirrel has had enough. He tells Bear he needs his space—only to realize he has much more fun with his best friend around. Funny and poignant in equal measure, I'm Sticking with You shows that friendship always finds a way.

Smriti Prasadam-Halls is a former children’s book editor who has written several picture books and novelty books, including the #1 Publishers Weekly bestselling picture book I Love You Night and Day. She lives in England with her husband and three sons.

Steve Small is an illustrator, an animator, and a BAFTA-nominated director. He lives in England.