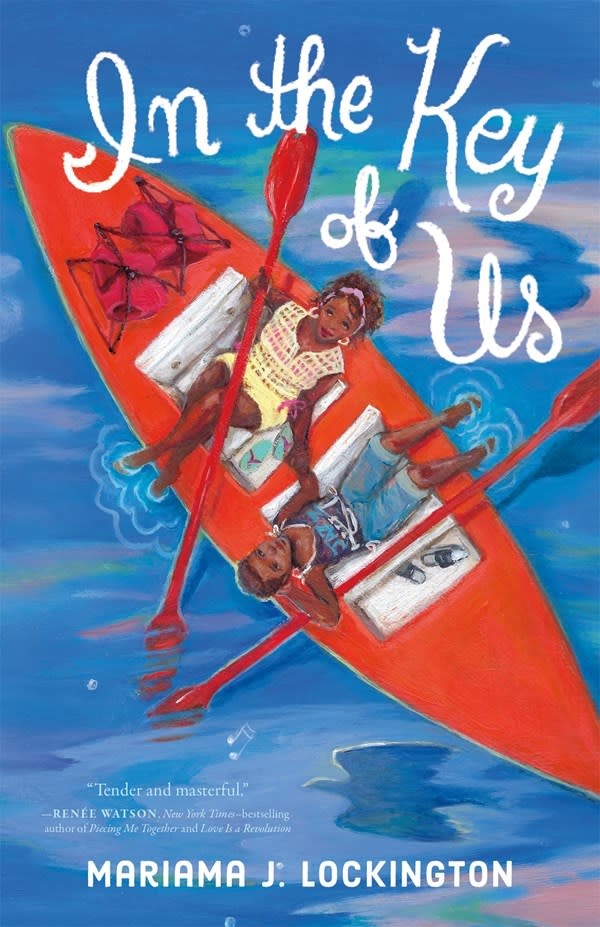 In the Key of Us

From the author of For Black Girls Like Me, which received five starred reviews and multiple accolades, comes a middle-grade novel about first love, loss, and letting go.

In Grand Rapids, Michigan, Andi is grappling with grief following the death of her mother. Zora is exhausted by trying to please her success-oriented parents. Both feel very much alone. Until a summer music camp brings them together.

The only two Black girls at camp in a sea of white children, Andi and Zora slowly begin to connect and reveal their deepest fears and dreams. While Andi is a natural on trumpet, Zora doesn't know if she wants to be a floutist since she also loves to dance.

As Andi and Zora struggle to figure out who they really are, they may just come to realize what they really need: each other.

Mariama J. Lockington is an adoptee, writer, and nonprofit educator. She has been telling stories and making her own books since the second grade, when she wore short-alls and flower leggings every day to school. She is the author of the critically-acclaimed For Black Girls Like Me, her middle-grade debut, which earned five starred reviews and was a TODAY Show Best Book of 2019. She is also the author of a poetry chapbook, The Lucky Daughter. Mariama holds a master’s in education from Lesley University and masters in fine arts in poetry from San Francisco State University. She lives in Lexington, Kentucky with her partner and dapple haired dachshund, Henry.