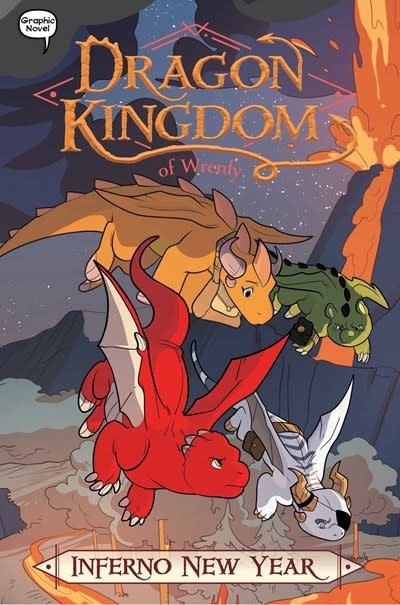 In the fifth installment of the exciting Dragon Kingdom of Wrenly graphic novel series, Ruskin and his friends await a volcano eruption!

It’s almost time for Inferno New Year on Crestwood, when the island’s largest volcano erupts, bringing a lava-fall that transforms the surrounding landscape. This spectacular but dangerous event brings Cinder, Groth, and Roke to the palace to stay with Ruskin until it’s safe to return to Crestwood. However, danger seems to follow these dragons wherever they go, and after the explosions are finished on Crestwood, the island’s geography won’t be the only thing that has changed forever.