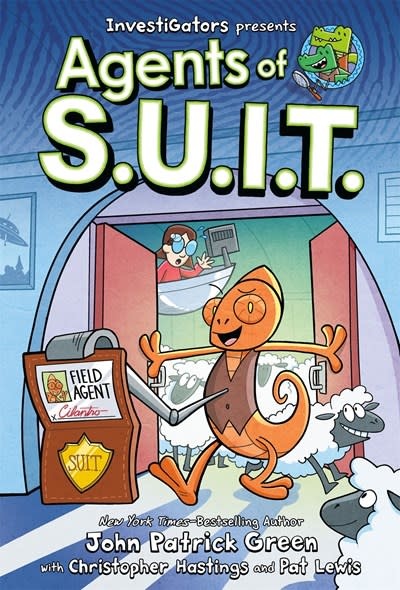 The world of John Patrick Green’s kid-favorite InvestiGators series expands with the first volume of AGENTS OF S.U.I.T., a brand-new spinoff shining a light on some of Mango and Brash’s colorful coworkers.

Cilantro the Chameleon finally gets what she’s been waiting for: a field assignment. Only . . . it’s literally out in the middle of a field, and her orders are so vague, she can hardly tell what she’s supposed to be investigating. But as she begins to uncover a sheep-led worker’s rights revolt and an alien invasion conspiracy—not to mention a spooky haunting at the abandoned S.U.I.T. field outpost—Cilantro steps into her own V.E.S.T. as a valued member of the team. Joining this series is cowriter Christopher Hastings and artist Pat Lewis, with John Patrick Green heavily involved in guiding the Agents along this standalone but complementary saga.

John Patrick Green is a human with the human job of making books about animals with human jobs, such as Hippopotamister, Kitten Construction Company, and InvestiGators.

Christopher Hastings is a comics writer best known for creating the award-winning Adventures of Dr. McNinja, co-creating The Unbelievable Gwenpool, as well as Adventure Time, Deadpool, Quantum & Woody, and the New York Times bestselling graphic novel adaptation of Five Nights at Freddy's: The Twisted Ones.

Pat Lewis is a cartoonist and illustrator who lives in Pittsburgh, Pennsylvania, with his wife and two cats. His artwork has appeared in magazines such as Highlights for Children and Boys’ Life, as well as books by Workman Publishing, Macmillan, and McGraw-Hill. 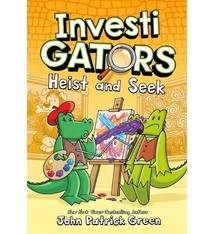 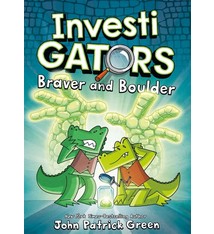 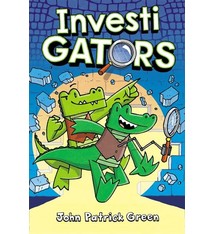