Home » InvestiGators: Ants in Our P.A.N.T.S. 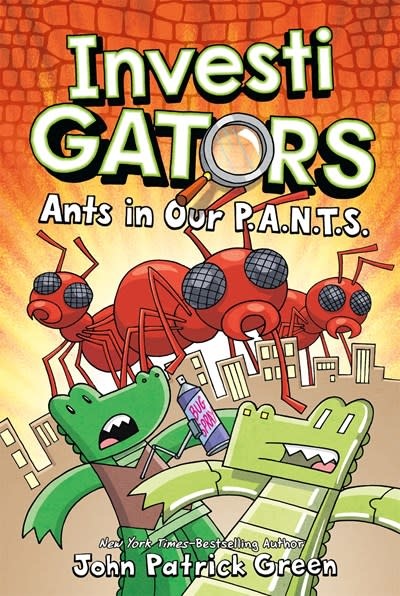 InvestiGators: Ants in Our P.A.N.T.S.

Will InvestiGators Mango and RoboBrash be able to solve this latest mystery in the hilarious adventure series perfect for fans of Dog Man?!

This new mission has our sewer-loving secret agents bugging out in InvestiGators: Ants in Our P.A.N.T.S, the latest chapter in the hilarious adventure series from John Patrick Green.

With agent Brash trapped in a mysterious coma, the technicians at S.U.I.T. have designed the ultimate replacement: RoboBrash! This high-tech replica has been programmed with all of the original Brash’s crime-fighting skills and knowhow—but it seems he’s got a few bugs in his system! Will Mango and his new partner be enough to stop the giant ants that are on a rampage in the city? Orchestrated by the spaced-out villain, Maestronaut, and Houdino, the dinosaur escape artist, it seems criminals are certainly upping the ANT-y!