Home » Ironhead, or, Once a Young Lady 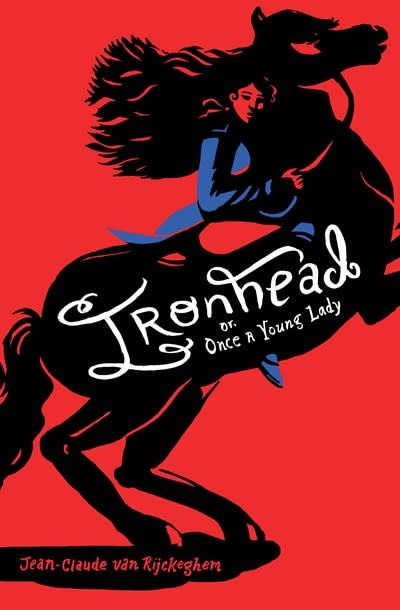 Ironhead, or, Once a Young Lady

A riotous and powerful story of a fierce renegade, and the silly men who try to bring her down.

Eighteen-year-old Constance is not interested in marriage or in being a "young lady." But for a young woman coming of age in the early 1800s, that's just about all that's available to her. When her parents arrange her a marriage with a man more than twice her age, she's powerless to resist. Stance couldn't possibly find her newfound husband less appealing, but what can she do?

Four months into the marriage, she can slip out of their bed in the middle of the night, and she can put on his clothes. She can look in the mirror and like what she sees. She can sneak out of the house before dawn and visit the baker's scrawny son, who has just been drafted into the army, and offer to take his place. Vive l'Empereur!

Hot on Stance's tail all the while is her younger brother Pieter, determined to bring Stance back home to Ghent where she belongs. (The battlefield is no place for a young lady, after all.)

Ironhead, or, Once A Young Lady is the riotous and powerful story of a fierce renegade, and the silly men who try to bring her down.

Jean-Claude van Rijckeghem is a Belgian writer and producer. He has a master's degree in languages. He has written or co-written screenplays for fifteen feature films in Flanders and the Netherlands including Cannes Critics' Week screenplay award winner Moscow, Belgium (2008). Jean-Claude is the co-author of several critically acclaimed and widely translated Young Adult novels, including Galgenmeid and A Sword in Her Hand.

Originally from Charleston, SC, Kristen Gehrman earned her Master's in Language Science with a specialization in Literary Translation from the University of Lausanne, Switzerland. She now lives in The Hague, The Netherlands, where she works as a literary translator and teaches university-level courses in creative translation.