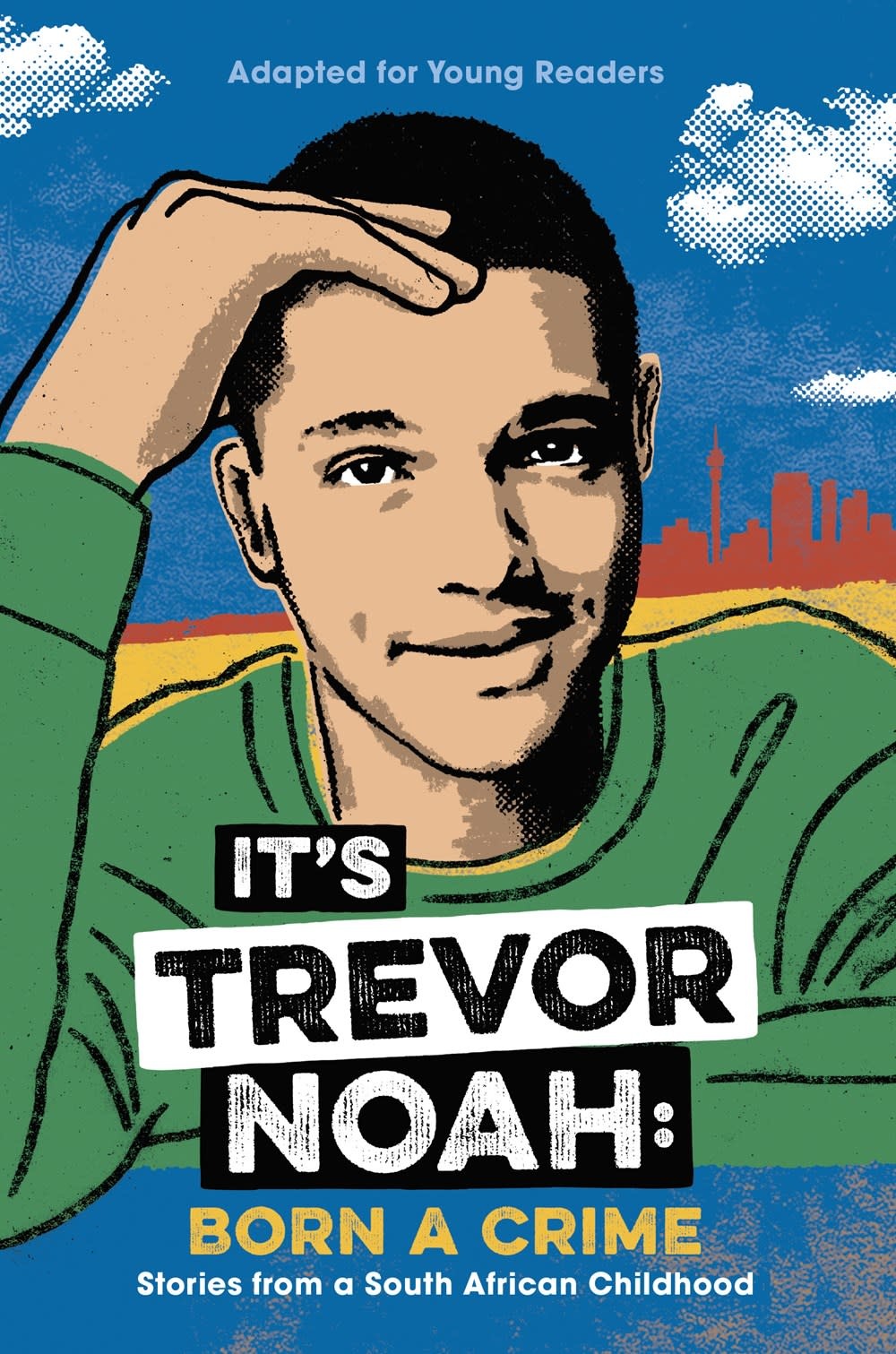 Buy this book during February and we’ll donate 20% of the cover price to Young, Black & Lit, a nonprofit organization committed to increasing access to children’s books that center, reflect, and affirm Black children.

The host of The Daily Show, Trevor Noah, shares his personal story and the injustices he faced while growing up half black, half white in South Africa under and after apartheid in this New York Times bestselling young readers’ adaptation of his adult memoir.

Trevor Noah, host of The Daily Show on Comedy Central, shares his remarkable story of growing up in South Africa with a black South African mother and a white European father at a time when it was against the law for a mixed-race child to exist. But he did exist—and from the beginning, the often-misbehaved Trevor used his keen smarts and humor to navigate a harsh life under a racist government.

In a country where racism barred blacks from social, educational, and economic opportunity, Trevor surmounted staggering obstacles and created a promising future for himself thanks to his mom’s unwavering love and indomitable will.

This honest and poignant memoir adapted from the #1 New York Times bestseller Born a Crime: Stories from a South African Childhood will astound and inspire readers as well as offer a fascinating perspective on South Africa’s tumultuous racial history.

BORN A CRIME IS SOON TO BE A MAJOR MOTION PICTURE STARRING OSCAR WINNER LUPITA NYONG’O!

TREVOR NOAH is the most famous comedian from Africa and is the host of the Emmy- and Peabody Award-winning The Daily Show on Comedy Central. Born in Johannesburg, South Africa to a black South African mother and a white European father, Noah has hosted numerous television shows, including South Africa’s music, television, and film awards and two seasons of his own late-night talk show, Tonight with Trevor Noah. It’s Trevor Noah: Born a Crime is his first work for young readers and is based on his New York Times bestseller Born a Crime: Stores from a South African Childhood. Visit him online at TrevorNoah.com and follow @TrevorNoah on Twitter and Instagram.