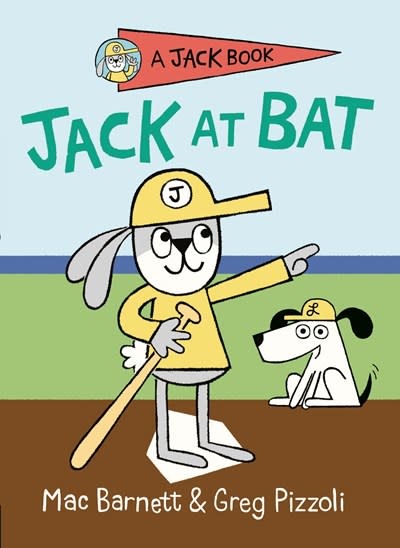 The Lady and Rex have a baseball game against the Big City Brats. Jack is not allowed to swing the bat, so he is told to be the Bat Boy. That is, until the Lady Town Ladies and the Big City Brats are tied. It’s up to Jack to hit a home run, but on the way to home plate he spots some snacks . . .

Series Overview: A new, humorous, and irreverent early reader series featuring the adventures of a mischievous rabbit, a cranky old lady, and a lovable dog.

Greg Pizzoli is an author, illustrator, and printmaker. His first picture book, The Watermelon Seed, won the Theodor Seuss Geisel Award, and his book Good Night Owl was a Geisel Honor Book. His Viking nonfiction picture book Tricky Vic was a New York Times Best Illustrated Book of 2015. He lives in Philadelphia.