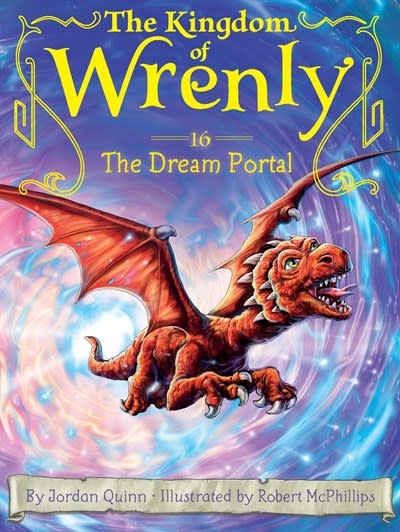 Kingdom of Wrenly 16 The Dream Portal

Prince Lucas and Clara have to save their dragon friend, Ruskin, from a dangerous spell in this sixteenth fantastical adventure of The Kingdom of Wrenly series.

There is only one place throughout the entire Kingdom of Wrenly that no one dares explore: the Dream Portal. Hidden beyond the swamps of Bogburb, this strange and ancient circle of stones was built by wizards before time began. Stories of great danger surround the mysterious monument. But when their dragon friend, Ruskin, falls under the Dream Portal’s spell, Lucas and Clara will risk the legendary peril to save their dragon friend.

With easy-to-read language and illustrations on almost every page, The Kingdom of Wrenly chapter books are perfect for beginning readers.

Robert McPhillips has been involved in a wide variety of projects over the years—from illustrating greeting cards to animation, though he especially loves illustrating children’s books. Robert makes his home in North Devon, England, with his wife, Sam.