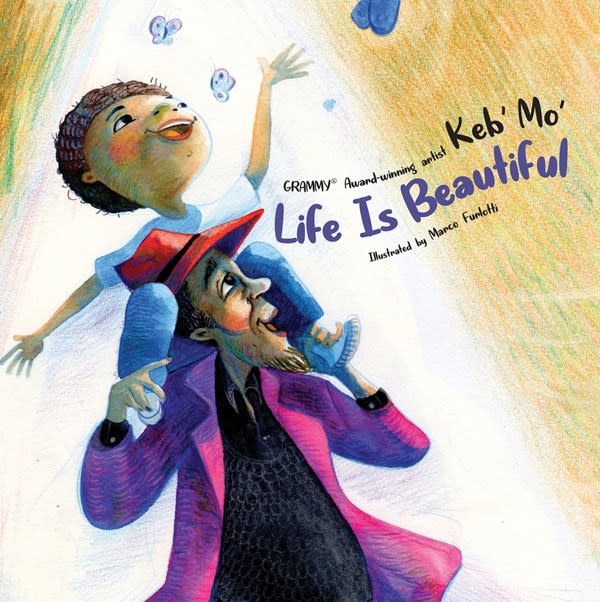 "Life is beautiful! Life is wondrous! Every star above is shining just for us!"

GRAMMY® Award-winning artist Keb’ Mo’ brings one of his beloved songs to life to remind us that life is beautiful and it should be spent with the people we love. The heartfelt lyrics and endearing illustrations of Keb' and his grandson combine to make a beautiful book that will become a favorite for families for years to come. The book also includes a letter from Keb' Mo' to the reader and a beautiful arlin paper cover with foil text enhancements.

In partnership with Trees for the Future (TREES), each book sold plants a tree.

Award-winning singer, songwriter, guitarist, contemporary blues artist, and children's book author Keb' Mo' is a modern master of American roots music. B.B. King, Buddy Guy, the Dixie Chicks, Joe Cocker, Robert Palmer, and Tom Jones have all recorded his songs. He has collaborated with a host of artists, including Bonnie Raitt, Jackson Browne, Cassandra Wilson, Buddy Guy, Amy Grant, Solomon Burke, Little Milton, and many others. He has also been featured in TV shows and films. Keb' has received an honorary doctorate degree in music from Williams College. Keb' is also a proud supporter of the Plastic Pollution Coalition and released the song "Don't Throw It Away" in support of its global mission to stop plastic pollution. Marco Furlotti is an author and illustrator of children's books and has worked on a number of titles in a variety of languages. He lives with his family on the Appennino Emiliano, near Parma, Italy and has worked with many publishers across Europe and the United States.