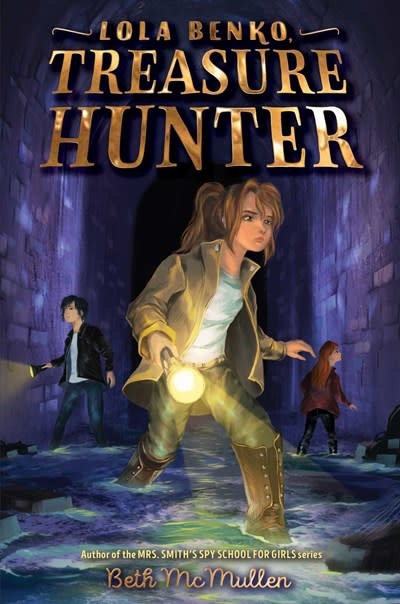 Indiana Jones meets The Lost Property Office in this action-packed mystery about a young girl searching for her father from the author of Mrs. Smith’s Spy School for Girls—the first in a new series!

Having a world-traversing archaeologist dad means twelve-year-old Lola Benko is used to moving around and not putting down roots anywhere. But every day and every hunt for something hidden is an adventure, and no matter what, she and her dad are an unbeatable team.

Then her father disappears. The official story is that he was caught in a flash flood, but Lola’s research shows the day in question was perfectly pleasant. And it will take more than empty reassurances from suspect strangers for Lola to give up on her dad. She has a feeling his disappearance has to do with a mythical stone he was studying—a stone so powerful, it could control the world. But in the wrong hands, it could end it, too...

With the help of some new friends at her school, it’s up to Lola to go on the most important hunt of her life.

Beth McMullen is the author of the Mrs. Smith’s Spy School for Girls series; the Lola Benko, Treasure Hunter series; and several adult mysteries. Her books have heroes and bad guys, action and messy situations. An avid reader, she once missed her subway stop and rode the train all the way to Brooklyn because the book she was reading was that good. She lives in Northern California with her family and two cats. Visit her at BethMcMullenBooks.com.