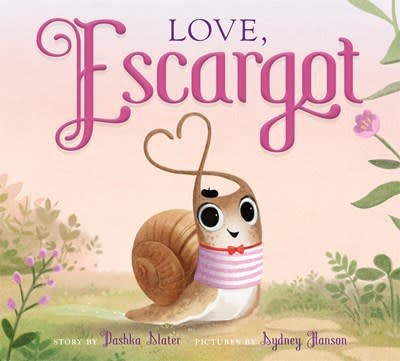 Join us on Sunday, February 5 at 11am for a special pre-Valentine’s Day storytime with Dashka Slater, creator of our favorite snail, Escargot! Dashka will read and sign copies of Escargot’s newest adventure, Love Escargot, which can be purchased online or at the event.

Bonjour! Escargot is back, with a magnifique beret and a special invitation.

Today is Snailentine's Day, and Escargot is on his way to a party. Will his Snailentine be there? Maybe he will find another snail who also likes to read books and eat salad with a light vinaigrette.

But when he arrives at the party, Escargot is greeted not by a snail, but by a vole. Mon dieu! This is not a Snailentine's Day party at all. It is a Volentine's Day party! At first, Escargot wants to hide in his shell, but in the end, he finds a surprising new friend.

Sydney Hanson is a children's book illustrator living in Sierra Madre, California. She works in a combination of traditional and digital media to create her illustrations—her favorites are watercolor and colored pencil. She loves the outdoors and is a certified naturalist who spends most of her spare time poking around the woods with her Labrador retriever, Cash. Find her at @sydwiki. 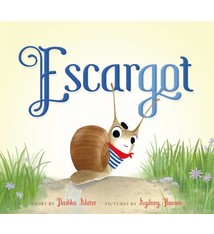 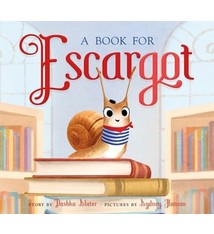 A Book for Escargot