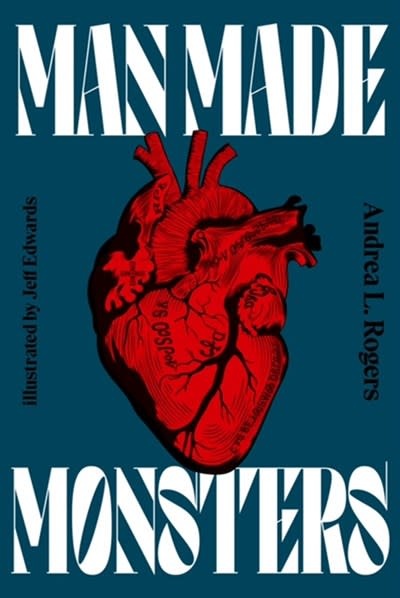 Tsalagi should never have to live on human blood, but sometimes things just happen to sixteen-year-old girls.

Making her YA debut, Cherokee writer Andrea L. Rogers takes her place as one of the most striking voices of the horror renaissance that has swept the last decade.

Horror fans will get their thrills in this collection – from werewolves to vampires to zombies – all the time-worn horror baddies are there. But so are predators of a distinctly American variety – the horrors of empire, of intimate partner violence, of dispossession. And so too the monsters of Rogers’ imagination, that draw upon long-told Cherokee stories – of Deer Woman, fantastical sea creatures, and more.

Following one extended Cherokee family across the centuries, from the tribe’s homelands in Georgia in the 1830s to World War I, the Vietnam War, our own present, and well into the future, each story delivers a slice of a particular time period that will leave readers longing for more.

But don’t just take it from us – award-winning writer of The Only Good Indians and Mongrels Stephen Graham Jones says that "Andrea Rogers writes like the house is on fire and her words are the only thing that can put it out."

Man Made Monsters is a masterful, heartfelt, haunting collection ripe for crossover appeal – just don’t blame us if you start hearing things that go bump in the night.

Andrea L. Rogers is a citizen of the Cherokee Nation. She grew up in Tulsa, Oklahoma. She graduated with an MFA from the Institute of American Indian Arts in Santa Fe. Her stories have appeared in several literary journals. In 2020, Capstone published Mary and the Trail of Tears. Her work has also appeared in You Too? 25 Voices Share Their #METoo stories from Inkyard Press, Ancestor Approved: Intertribal Stories for Kids from Heartdrum, and in the anthology Allies by DK. Her picture book called, When We Gather, is forthcoming from Heartdrum.

Jeff Edwards, of Vian, OK, is an award-winning Cherokee graphic artist who has worked for the Cherokee Nation for over 20 years. He is a language activist and has worked on numerous projects that have projected the Cherokee language into the global spotlight. He attended Haskell Indian Nations University in Lawrence, KS and received his Associates Degree in Liberal Arts and completed his Bachelor of Arts in Graphic Design at Northeastern State University in Tahlequah. His artwork is almost exclusively Cherokee themed, and he prefers using the Cherokee Syllabary opposed to English to promote the Cherokee language and likes using old cultural concepts but expressing them with modern electronic tools.