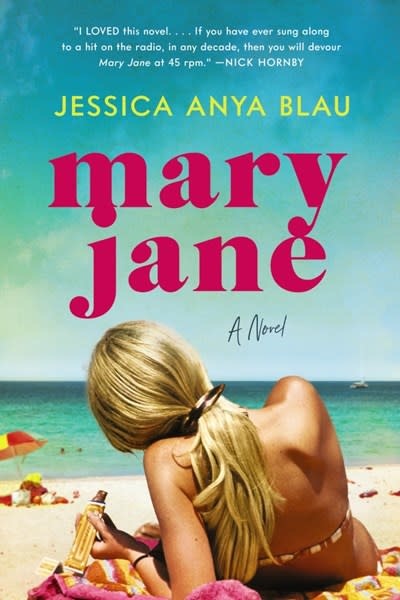 “The best book of the summer.” —InStyle“I LOVED this novel....If you have ever sung along to a hit on the radio, in any decade, then you will devour Mary Jane at 45 rpm.” —Nick HornbyAlmost Famous meets Daisy Jones & The Six in this “delightful” (New York Times Book Review) novel about a fourteen-year-old girl’s coming of age in 1970s Baltimore, caught between her straight-laced family and the progressive family she nannies for—who happen to be secretly hiding a famous rock star and his movie star wife for the summer.

In 1970s Baltimore, fourteen-year-old Mary Jane loves cooking with her mother, singing in her church choir, and enjoying her family’s subscription to the Broadway Showtunes of the Month record club. Shy, quiet, and bookish, she’s glad when she lands a summer job as a nanny for the daughter of a local doctor. A respectable job, Mary Jane’s mother says. In a respectable house.The house may look respectable on the outside, but inside it’s a literal and figurative mess: clutter on every surface, Impeachment: Now More Than Ever bumper stickers on the doors, cereal and takeout for dinner. And even more troublesome (were Mary Jane’s mother to know, which she does not): the doctor is a psychiatrist who has cleared his summer for one important job—helping a famous rock star dry out. A week after Mary Jane starts, the rock star and his movie star wife move in.Over the course of the summer, Mary Jane introduces her new household to crisply ironed clothes and a family dinner schedule, and has a front-row seat to a liberal world of sex, drugs, and rock and roll (not to mention group therapy). Caught between the lifestyle she’s always known and the future she’s only just realized is possible, Mary Jane will arrive at September with a new idea about what she wants out of life, and what kind of person she’s going to be.

Jessica Anya Blau is the author of the nationally bestselling novel The Summer of Naked Swim Parties and three other critically acclaimed novels, most recently The Trouble With Lexie. Her novels have been recommended and featured on CNN, NPR, The Today Show and in Vanity Fair, Cosmo, Oprah’s Summer Reads, and many other national magazines and newspapers.