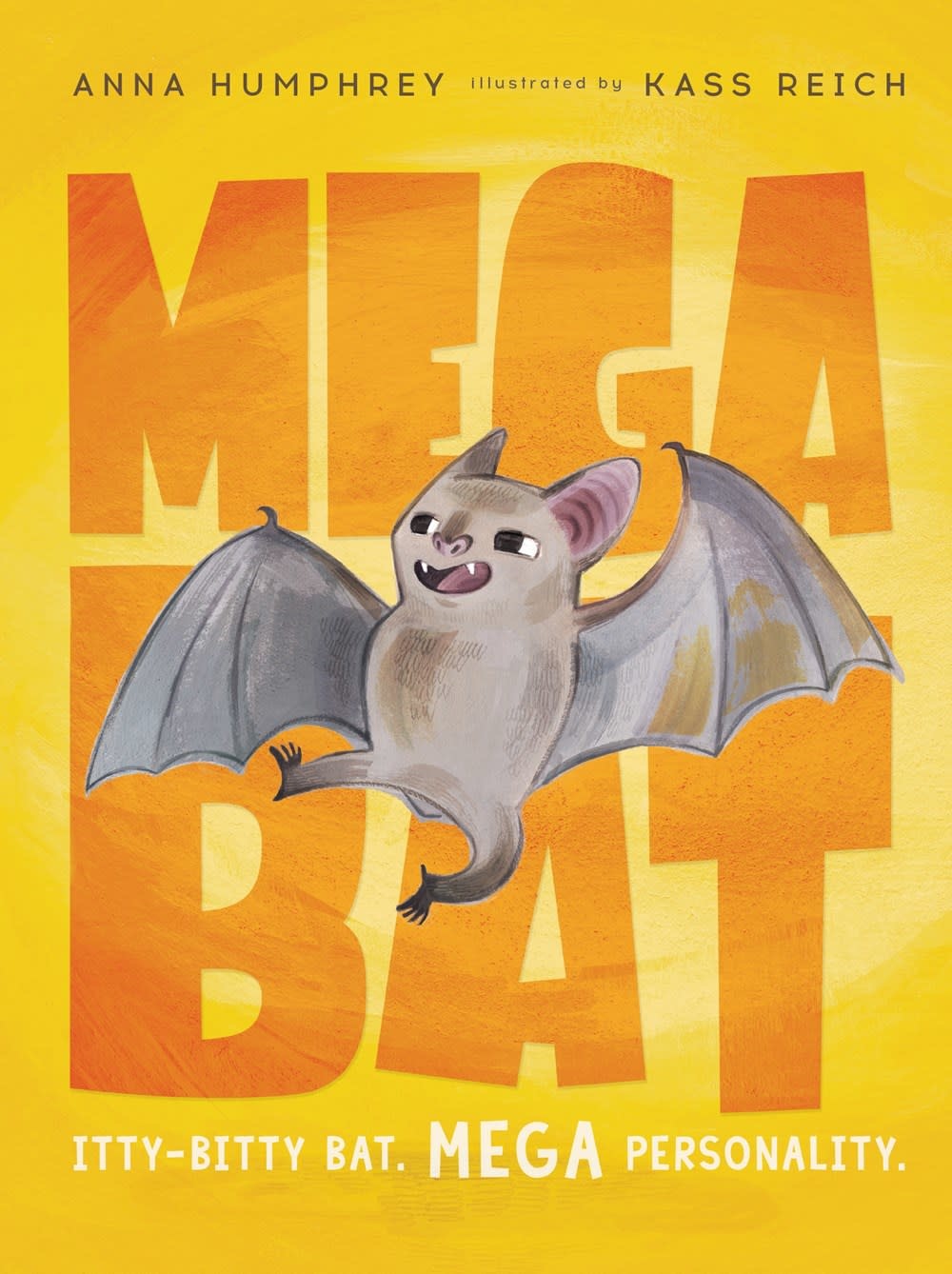 A sweet and hilarious chapter book about a boy and a bat, two unlikely friends who bond over loneliness, jellyrolls and Darth Vader.

Daniel Misumi has just moved to a new house. It’s big and old and far away from his friends and his life before. AND it’s haunted…or is it?

Megabat was just napping on a papaya one day when he was stuffed in a box and shipped halfway across the world. Now he’s living in an old house far from home, feeling sorry for himself and accidentally scaring the people who live there.

Daniel realizes it’s not a ghost in his new house. It’s a bat. And he can talk. And he’s actually kind of cute.

Megabat realizes that not every human wants to whack him with a broom. This one shares his smooshfruit.

Add some buttermelon, juice boxes, a lightsaber and a common enemy and you’ve got a new friendship in the making!

This charming, funny story is brought to life by Kass Reich’s warm and adorable illustrations. There’s never been a bat this cute—readers will be rooting for Megabat and Daniel from page one!

Series Overview: MEGABAT: a series of chapter books about an adorable bat and his new best friend, Daniel.

KASS REICH was born in Montreal, Quebec. She works as an artist and educator and has spent the majority of the last decade traveling and living abroad. She now finds herself back in Canada, but this time in Toronto. Kass loves illustrating books for all ages, including Megabat, Megabat and Fancy Cat, Sergeant Billy, Carson Crosses Canada, Hamsters Holding Hands and Dr. Coo and the Pigeon Protest.