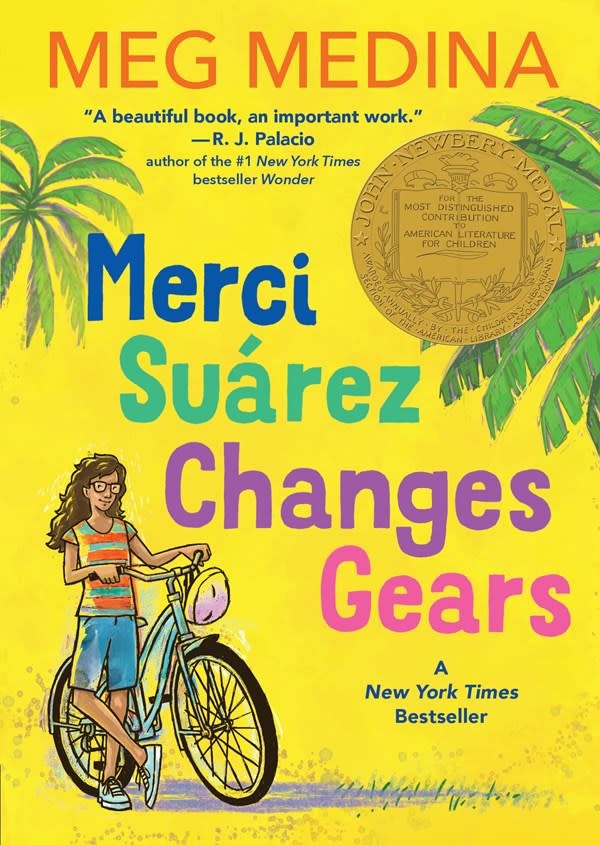 “The realistic portrayal of a complex young Latina’s life is one many readers will relate to…. Medina cruises into readers’ hearts.” — School Library Journal (starred review)

Merci Suárez knew that sixth grade would be different, but she had no idea just how different. For starters, as strong and thoughtful as Merci is, she has never been completely like the other kids at her private school in Florida, because she and her older brother, Roli, are scholarship students. They don’t have a big house or a fancy boat, and they have to do extra community service to make up for their free tuition. So when bossy Edna Santos sets her sights on the new boy who happens to be Merci’s school-assigned Sunshine Buddy, Merci becomes the target of Edna’s jealousy. Things aren’t going well at home, either: Merci’s grandfather and most trusted ally, Lolo, has been acting strangely lately — forgetting important things, falling from his bike, and getting angry over nothing. And Merci is left to her own worries, because no one in her family will tell her what’s going on. Winner of the 2019 Newbery Medal, this coming-of-age tale by New York Times best-selling author Meg Medina gets to the heart of the confusion and constant change that defines middle school — and the steadfast connection that defines family.