Home » Mina Mistry Investigates: The Case of the Disappearing Pets 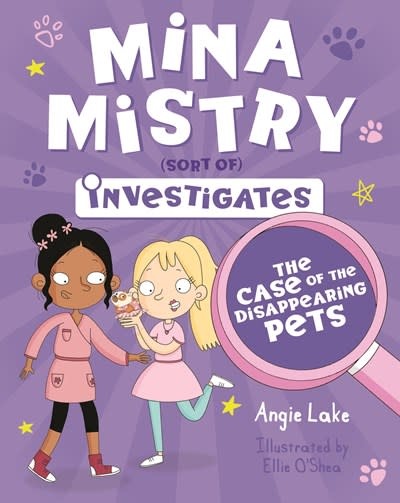 Mina Mistry Investigates: The Case of the Disappearing Pets

Great for reluctant readers aged 7+ and fans of Dork Diaries.

This looks like a case for Mina Mistry.Pets. Mina doesn’t have any. This is super inconvenient when it’s Showcase Your Pets week at school. Unfortunately, Mina’s best friend Holly doesn’t have any pets either now that her hamster’s gone missing. And has anyone seen Danny’s pet toad?An explosion at the local pet shop shows Mina that this pet palaver can’t be a coincidence. But why is someone stealing all the animals? What do they want them for?About the Mina Mistry Investigates series:

Great for reluctant readers aged 7+ and fans of the Planet Omar and Anisha, Accidental Detective series.

Angie Lake is a freelance writer with a background in the Spanish music industry. Born in the UK and raised on the Spanish Costa Blanca, Angie travelled extensively. She studied Psychology in Barcelona and began her writing career in the Spanish national music press. Angie also writes novels and children’s fiction.