Home » Monster and Me #2 The Palace Prankster 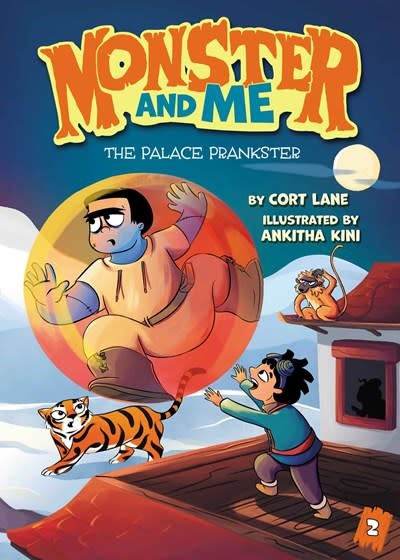 Monster and Me #2 The Palace Prankster

This brand-new adventure series filled with laughs, danger, and facing fears! In this book, Freddy is dealing with a trouble-making prankster wrecking gooey havoc on his home, and everyone thinks he's the one behind the practical jokes!

The festival of Biska Jatra is in town today! All the humans celebrate by flinging bright colors on each other. Freddy wants to join the fun, but he's supposed to be doing his chores. As Freddy reluctantly starts cleaning, strange things begin to happen around the palace. His dad's bubble experiment goes wrong, and his mom's cooking explodes, leaving more messes for Freddy to clean. There's clearly a troublemaker in the Frankenstein's palace causing problems all over, and worst of all, his parents think it's him!

Freddy starts investigating with his brother and sister to find the prankster. Will he be able to capture the culprit and clear his (somewhat) good name in time to go to the festival?

Cort Lane is a producer, creative exec and storyteller with two decades of kids' television experience at Marvel/Disney and Mattel. He has credits on over 50 productions, two Emmy nominations, two NAACP Image Nominations. He currently serves on GLAAD's Kids & Family Advisory Council, and is working on the new Netflix My Little Pony series.

Ankitha Kini is an animator, comics artist, and illustrator. Whimsy is her strong suit and her family is her muse. Stories from various cultures set off her imagination and send her flying to her drawing table. Her profession lets her stay a child forever. She studied Animation Film Design at NID in Ahmedabad, India, and now lives in Eindhoven, Netherlands.