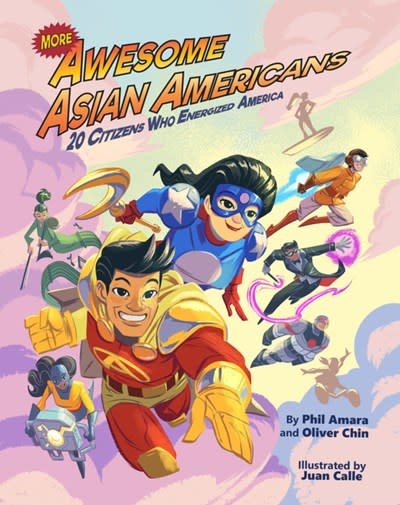 This sequel continues the critically-acclaimed graphicnovel Awesome Asian Americans!  Learnabout 20 more trailblazers who have enriched the USA. This diverse cast includes historictrailblazers (actor George Takei, author Amy Tan) to current celebrities (singerBruno Mars, athlete Chloe Kim), from a spectrum of vocations and cultures (violinistMidori, inventor Amar Bose).Learnkey chapters of U.S.history not covered in school, and the amazing deeds of these pioneers.Challenged by discrimination and bias, these stars pushed forward to impactsociety and motivated others to do likewise.