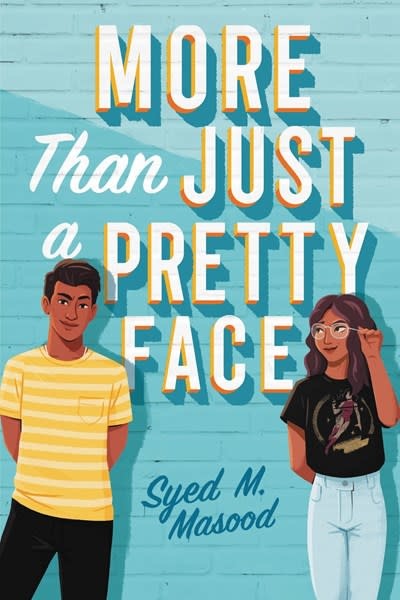 More Than Just a Pretty Face

For fans of Becky Albertalli and Jenny Han, a sweetly funny YA debut about falling in love, family expectations, and being a Renaissance Man.

Danyal Jilani doesn't lack confidence. He may not be the smartest guy in the room, but he's funny, gorgeous, and going to make a great chef one day. His father doesn't approve of his career choice, but that hardly matters. What does matter is the opinion of Danyal's longtime crush, the perfect-in-all-ways Kaval, and her family, who consider him a less than ideal arranged marriage prospect.

When Danyal gets selected for Renaissance Man, a school-wide academic championship, it's the perfect opportunity to show everyone he's smarter than they think. He recruits the brilliant, totally-uninterested-in-him Bisma to help with the competition, but the more time Danyal spends with her...the more he learns from her...the more he cooks for her...the more he realizes that happiness may be staring him right in his pretty face.

In this young adult debut full of depth and heart, author Syed M. Masood will have readers laughing, sighing, tearing up, and shouting "YES!" at the top of their lungs.

Syed M. Masood grew up in Karachi, Pakistan, and now lives with his wife and children in Sacramento, California, where he is a practicing attorney. He wrote a few couplets in Urdu when he was a teenager, and his family still tells everyone he is an Urdu poet. He is not. More Than Just a Pretty Face is his debut young adult novel.