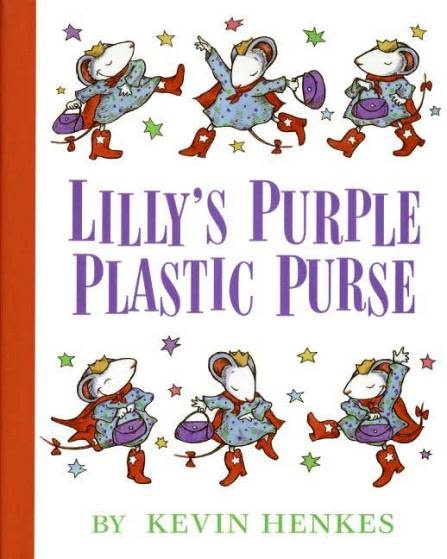 Lilly’s Purple Plastic Purse is turning twenty! A special anniversary edition of the beloved best-selling picture book will feature a letter about Lilly from Kevin Henkes and a beautiful jacket with foil!

Twenty years ago, Lilly—Kevin Henkes’s exuberant and beloved mouse character—finally got her first starring role, in Lilly’s Purple Plastic Purse. As USA Today proclaimed, “Lilly is one of the great female characters in literature—like Anna Karenina with whiskers or Scarlett O’Hara with paws.” A modern classic, Lilly’s Purple Plastic Purse has sold more than one million copies and was named to ten “best of the year” lists. This anniversary edition will feature a letter from Kevin Henkes about Lilly, printed inside the book, and a celebratory jacket with foil on many of the elements—including Lilly’s purple plastic purse. Wow. That’s about all we can say. Wow.