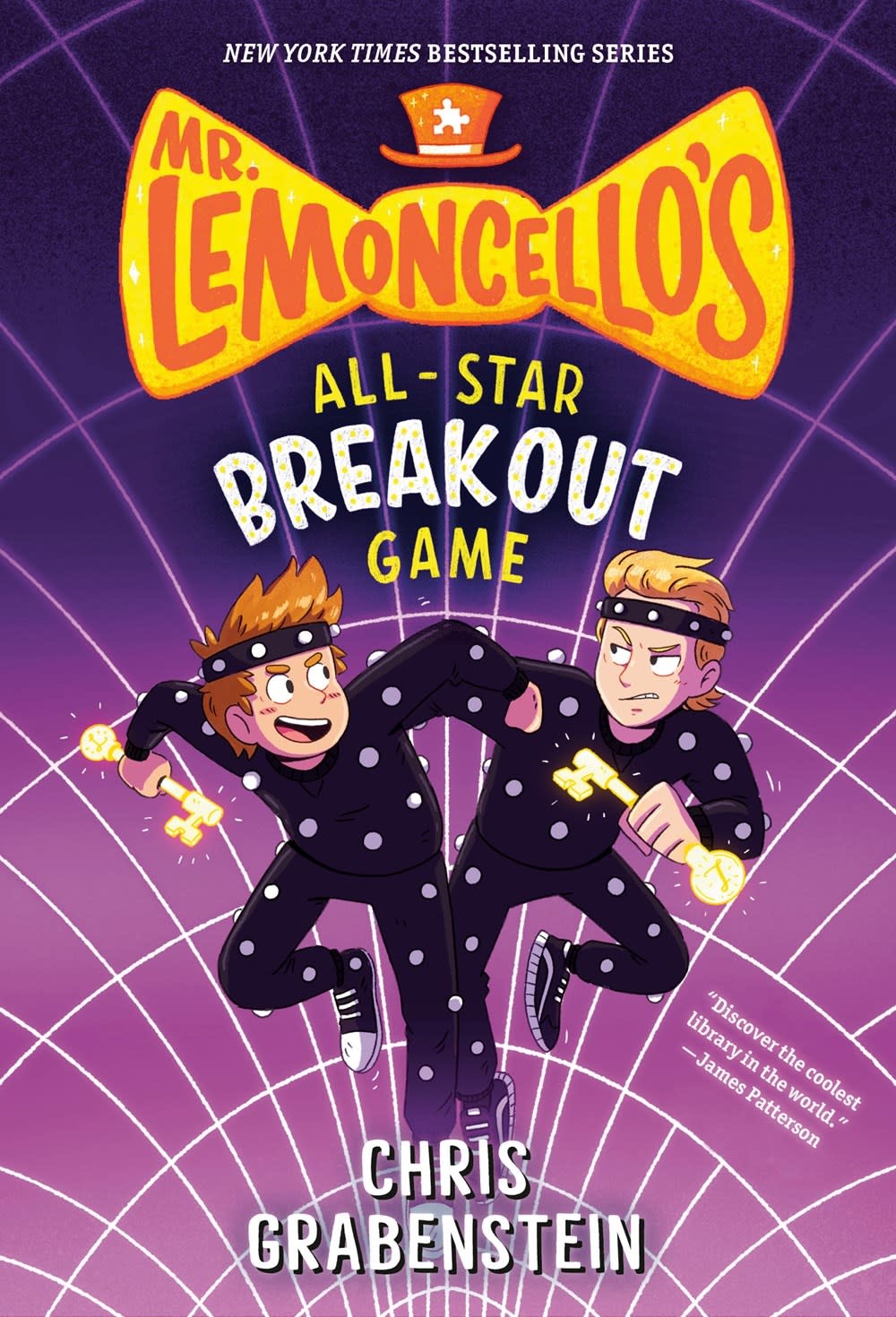 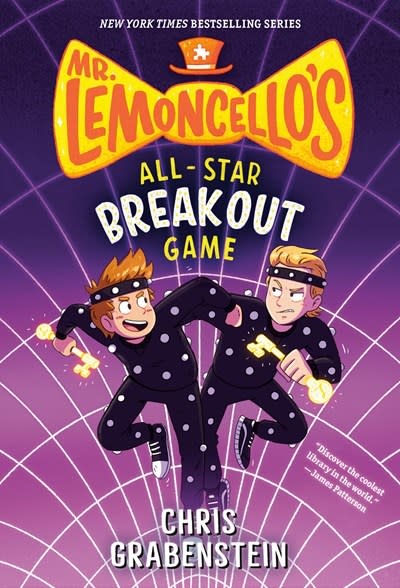 Discover what James Patterson calls “the coolest library in the world” in the fourth fun-filled, action-packed adventure in the bestselling series from the much-loved coauthor of Max Einstein and I Funny!

Greetings, boys and girls, gamers of all ages—are you ready to play Mr. Lemoncello’s BIGGEST, most dazzling game yet? After months of anticipation, Mr. Lemoncello is taking his games out of the library and going LIVE across the nation on the world-famous Kidzapalooza Television Network! Everyone’s invited to audition, but only a lucky few will compete in front of millions of viewers in a completely immersive live-action breakout game—with real kids as the playing pieces!

Each of the winning teams must make it through five different rooms by solving a puzzle to unlock each room and BREAK OUT! But nothing is ever as it seems with Mr. Lemoncello, and the surprises in store just might stump even the game master himself. The clock is ticking! Can Kyle and his friends crack the codes in time to win Mr. Lemoncello’s ultimate game show?

Don’t miss bonus content in the back of the book—including a sneak peek at the next Mr. Lemoncello, Mr. Lemoncello and the Titanium Ticket!

Series Overview: Nominated for over 44 state awards, the New York Times bestselling Mr. Lemoncello series is a hit with teachers, librarians, and kids! Look for a 5th Lemoncello in Summer 2020 and a new Chris Grabenstein series, THE SMARTEST KID IN THE UNIVERSE, coming in Fall 2020!

Chris Grabenstein is the New York Times bestselling author of the wildly popular Mr. Lemoncello series, the Welcome to Wonderland series, and many other books. He is also the coauthor of many page-turners with James Patterson, including the Max Einstein series, and of Shine!, which he coauthored with his wife, J.J. Grabenstein. Chris lives in New York City. Visit Chris at ChrisGrabenstein.com and on Twitter at @CGrabenstein.