Home » Narrative of the Life of Frederick Douglass, an American Slave (Penguin Classics) 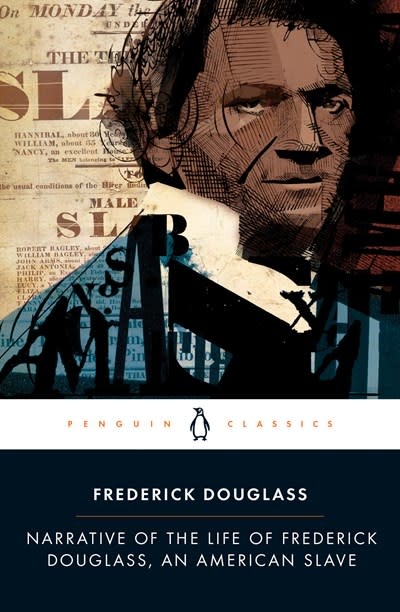 Narrative of the Life of Frederick Douglass, an American Slave (Penguin Classics)

An updated edition of a classic African American autobiography, with new supplementary materials

The preeminent American slave narrative first published in 1845, Frederick Douglass’s Narrative powerfully details the life of the abolitionist from his birth into slavery in 1818 to his escape to the North in 1838, how he endured the daily physical and spiritual brutalities of his owners and driver, how he learned to read and write, and how he grew into a man who could only live free or die. In addition to Douglass’s classic autobiography, this new edition also includes his most famous speech “What to the Slave Is the Fourth of July?” and his only known work of fiction, The Heroic Slave, which was written, in part, as a response to Harriet Beecher Stowe’s Uncle Tom’s Cabin.

For more than sixty-five years, Penguin has been the leading publisher of classic literature in the English-speaking world. With more than 1,500 titles, Penguin Classics represents a global bookshelf of the best works throughout history and across genres and disciplines. Readers trust the series to provide authoritative texts enhanced by introductions and notes by distinguished scholars and contemporary authors, as well as up-to-date translations by award-winning translators.

Ira Dworkin is the associate director of the Prince Alwaleed Center for American Studies and Research and Assistant Professor of English and Comparative Literature at The American University in Cairo.