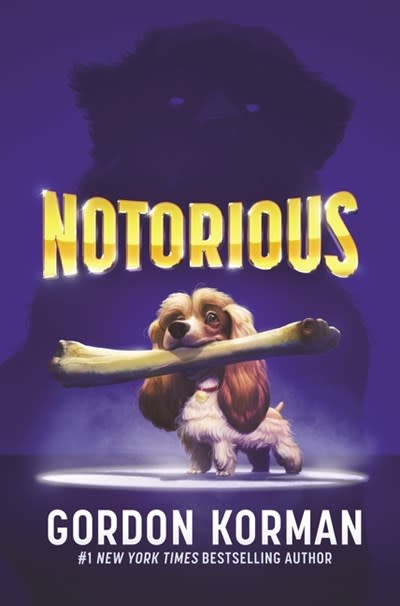 A funny, suspenseful mystery and unlikely friendship story from New York Times bestselling author Gordon Korman—perfect for fans of Swindle and The Unteachables. Now in paperback!

Keenan has lived all over the world but nowhere quite as strange as Centerlight Island, which is split between the United States and Canada. The only thing weirder than Centerlight itself is his neighbor Zarabeth, aka ZeeBee. ZeeBee is obsessed with the island’s history as a Prohibition-era smuggling route. She’s also convinced that her beloved dog, Barney, was murdered—something Keenan finds pretty hard to believe. Just about everyone on Centerlight is a suspect, because everyone hated Barney, a huge dog—part mastiff, part rottweiler—notorious for terrorizing the community. Accompanied by a mild-mannered new dog who is practically Barney’s opposite, ZeeBee enlists Keenan’s help to solve the mystery. As Keenan and ZeeBee start to unravel the clues, they uncover a shocking conspiracy that dates back to Centerlight’s gangster past. The good news is that Keenan may have found the best friend he’s ever had. The bad news is that the stakes are sky-high. And now someone is after them. . . .

Gordon Korman published his first book at age fourteen and since then has written more than ninety middle grade and teen novels. Favorites include the New York Times bestselling Ungifted, Supergifted, The Unteachables, Pop, and the Masterminds series. Gordon lives with his family on Long Island, NY. You can visit him online at www.gordonkorman.com.