Home » Once Upon an Eid 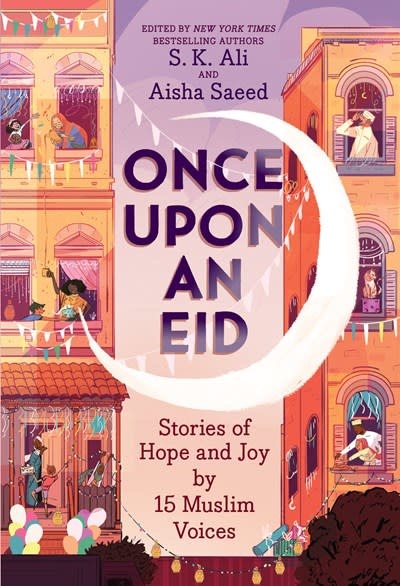 Once Upon an Eid

Eid! The short, single syllable word conjures up a variety of feelings and memories for Muslims. Maybe it’s waking up to the sound of frying samosas or the comfort of bean pie, maybe it’s the pleasure of putting on a new outfit for Eid prayers, or maybe it’s the gift giving and the holiday parties, or carnival rides to come that day. Whatever it may be, for those who cherish this day of celebration, the emotional responses may be summed up in another short and sweet word: joy.

Aisha Saeed is the author of Written in the Stars, which was a YALSA Quick Pick, and Amal Unbound, which was a New York Times bestseller and received starred reviews from Publishers Weekly and Kirkus Reviews. She is also a founding member of We Need Diverse Books.

S. K. Ali is a teacher whose debut novel, Saints and Misfits, was a Morris finalist, an Entertainment Weekly Best YA Book, and a Kirkus Reviews Top 10 Teen Novel. Her second novel is Love from A to Z. Her writing on Muslim culture and life has also appeared in the Toronto Star.