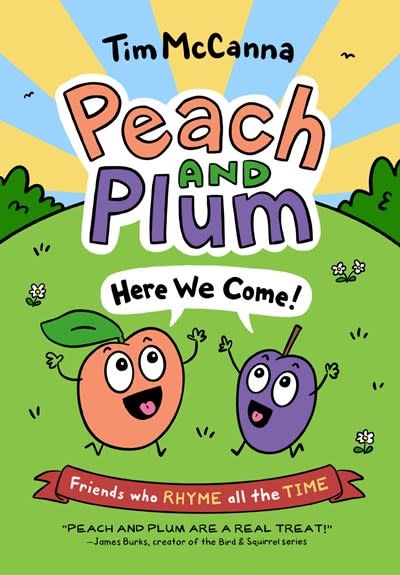 Peach and Plum: Here We Come!

Here they come! It's Peach and Plum!

Welcome to Fruitdale! School is out and work is done. Now it's time for summer fun. Peach and Plum have lots to do. Beach day, bikes, and basketball, too. Will they wind up stuck indoors with a pesky list of chores? True adventure never ends for this pair of sweet best friends.

Ripe with humor and bursting with rhyme, these five short stories and four mini-comics will have newly independent readers wriggling, giggling, and going bananas for Peach and Plum.

Tim McCanna is an actor, musician, musical theatre writer, graphic designer, and children’s book writer. He is the author of several picture books including Bitty Bot, So Many Sounds, Barnyard Boogie!, Jack B. Ninja, Boing! A Very Noisy ABC, Bitty Bot's Big Beach Getaway (ALA/LITA 2019 Golden Duck Notable Picture Book) and Watersong (New York Public Library 2017 list of Best Books for Kids and NCTE 2017 Notable Poetry Book). He is also a member of the Society of Children's Book Writers & Illustrators, and has served as Assistant Regional Adviser for the San Francisco/South chapter for five years. He lives in San Jose, California with his wife, kids, and dog. 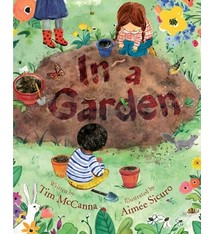 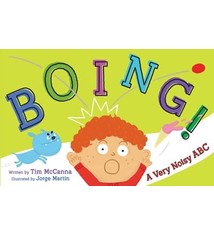 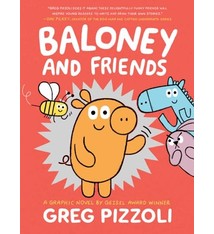