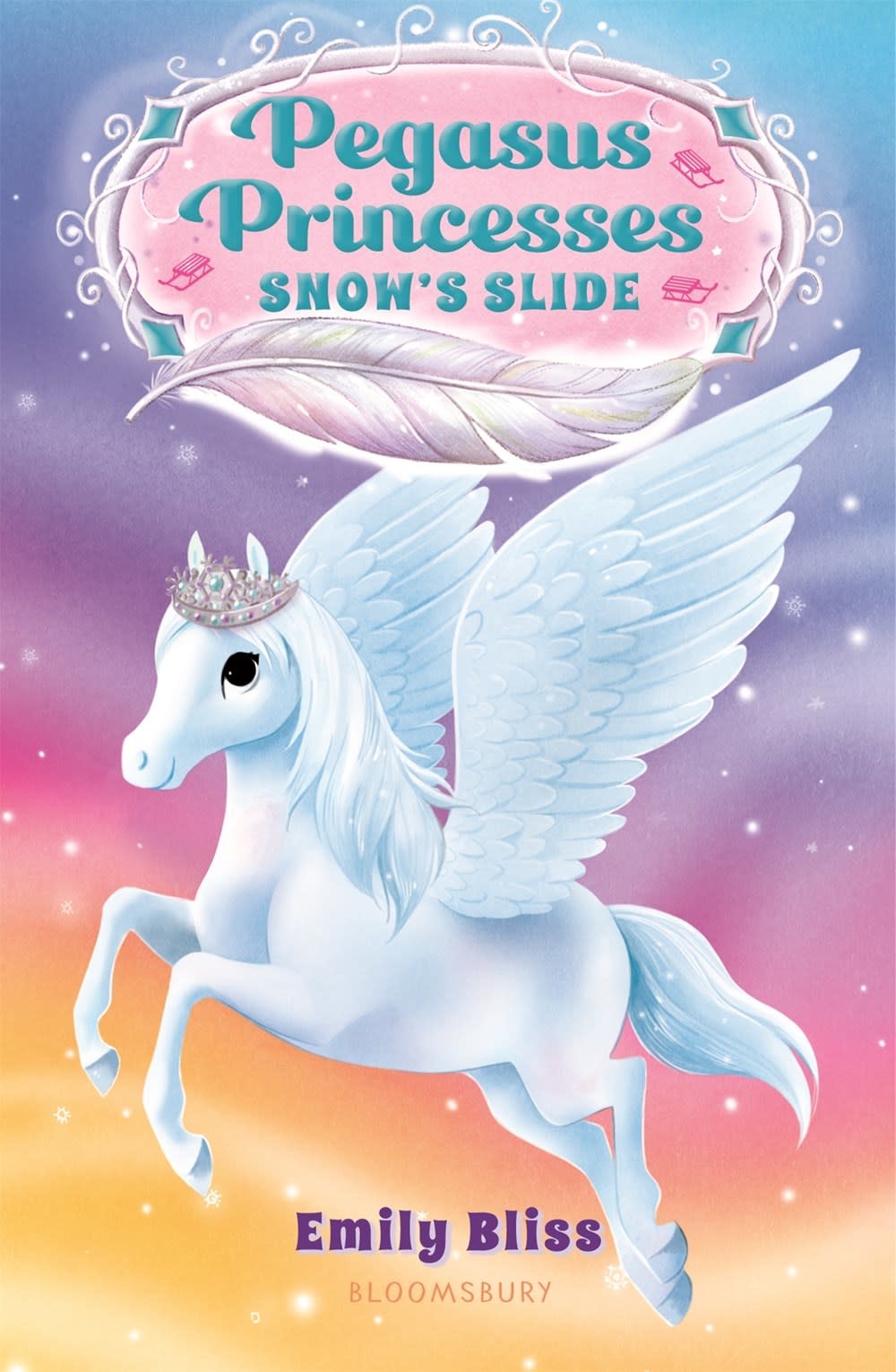 From the author of Unicorn Princesses, a chapter book series about a girl who goes on magical adventures with the Pegasus Princesses.

When eight-year-old Clara Griffin is playing in the forest, she’s thrilled to discover a magical silver feather and a flying armchair that transport her to the Wing Realm, the land of the pegasus princesses!

Clara arrives in the Wing Realm to find the pegasus princesses and Lucinda preparing for the Pegasus Winter Games—a day of magical sledding! Princess Snow has organized the games in partnership with the magical creatures in the Snowflake Realm, but Lucinda’s invitation mishap means that the GLOW leopards come to the games instead of the SNOW leopards, and all the snow is melted! The pegasus princesses will need all of Clara’s creativity to save the day!

Featuring black-and-white illustrations throughout and eye-catching, sparkly covers, this series is another must-have for chapter book readers.

Emily Bliss is also the author of the Unicorn Princesses series, and lives with her winged cat in a house surrounded by woods. From her living room window, she can see silver feathers and green flying armchairs. Like Clara Griffin, she knows pegasuses are real.

Sydney Hanson was raised in Minnesota alongside numerous pets and brothers. In addition to her traditional illustrations, Sydney has worked for animation shops, including Nickelodeon and Disney Interactive. She is the illustrator of the Unicorn Princesses series and several picture books. Sydney lives in Los Angeles. @sydwiki