Home » Percy Jackson and the Olympians: The Chalice of the Gods

Percy Jackson and the Olympians: The Chalice of the Gods

The original heroes from The Lightning Thief are reunited for their biggest challenge yet: getting Percy to college when the gods are standing in his way. After saving the world multiple times, Percy Jackson is hoping to have a normal senior year. Unfortunately, the gods aren't quite done with him. Percy will have to fulfill three quests in order to get the necessary three letters of recommendation from Mount Olympus for college.

The first quest is to help Zeus's cup-bearer retrieve his goblet before it falls into the wrong hands. Can Percy, Grover, and Annabeth find it in time?

Readers new to Percy Jackson and fans who have been awaiting this reunion for more than a decade will delight equally in this latest hilarious take on Greek mythology. 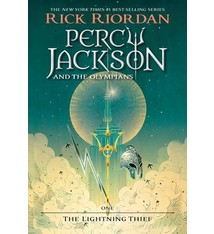 Percy Jackson and the Olympians, Book One The Lightning Thief 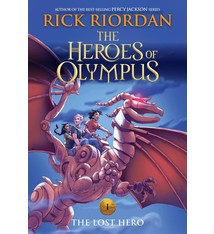