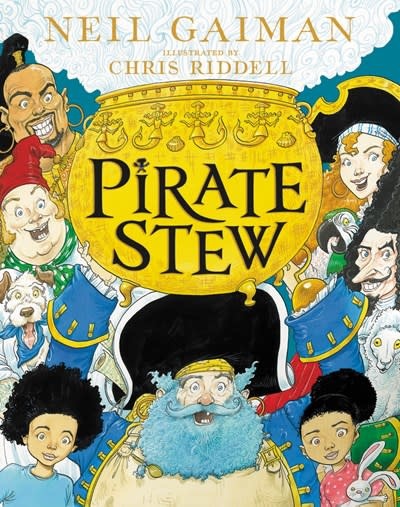 A hilarious rhyming read-aloud tale of pirate babysitters and the mayhem they bring, with a deliciously rhyming text from master storyteller Neil Gaiman, and spellbinding illustrations by the supremely talented Chris Riddell, three-times-winner of the Kate Greenaway Medal.

Meet LONG JOHN McRON, SHIP'S COOK . . . and the most unusual babysitter you've ever seen.Long John has a whole crew of wild pirates in tow, and – for one boy and his sister – he's about to transform a perfectly ordinary evening into a riotous adventure beneath a pirate moon. It's time to make some PIRATE STEW. Pirate Stew! Pirate Stew!

Pirate Stew for me and you!

Eat it and you won’t be blue

You can be a pirate too! Marvellously silly and gloriously entertaining, this tale of pirates, flying ships, doughnut feasts and some rather magical stew is perfect for all pirates, both young and old. With a deliciously rhyming text from master storyteller Neil Gaiman, and spellbinding illustrations by the supremely talented Chris Riddell, three-times-winner of the Kate Greenaway Medal, this is the picture book of the year! Joyful, quirky and action-packed, it makes a spectacular and magical gift.

Neil Gaiman is the author of many highly acclaimed and award-winning books for children and adults, including the New York Times #1 bestselling and Newbery Medal–winning novel The Graveyard Book; the bestselling Coraline; Stardust; and the New York Times bestselling The Sleeper and the Spindle, illustrated by Chris Riddell. He is also the author of eleven picture books, including The Wolves in the Walls, illustrated by Dave McKean; Chu’s Day, illustrated by Adam Rex; and Cinnamon, illustrated by Divya Srinivasan. Originally from England, he now lives in the United States. Visit him online at www.mousecircus.com.Chris Riddell is an acclaimed British artist and former UK Children’s Laureate. He has written and illustrated many books of his own, including Ottoline and the Yellow Cat and Ottoline Goes to School, and has illustrated The Graveyard Book, Coraline, and Fortunately, the Milk as well as The Sleeper and the Spindle. 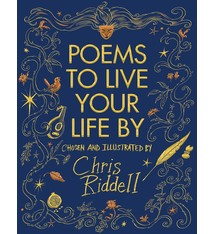 Poems to Live Your Life By 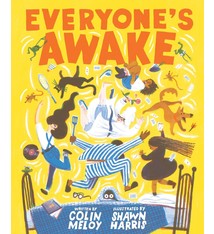 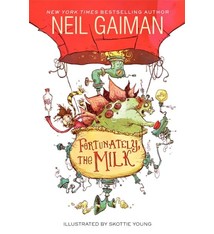