Home » Pixels of You 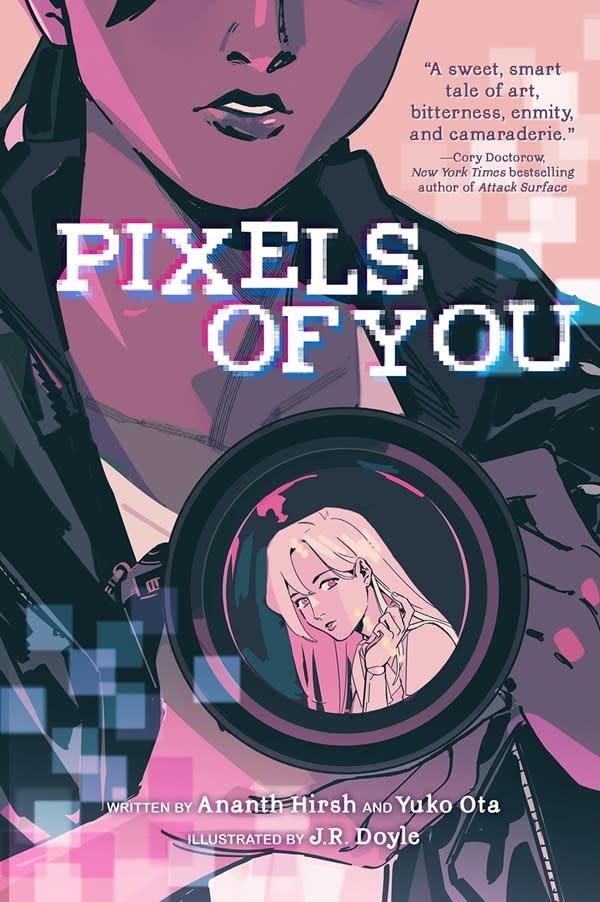 In a near future, augmentation and AI changed everything and nothing. Indira is a human girl who has been cybernetically augmented after a tragic accident, and Fawn is one of the first human-presenting AI. They have the same internship at a gallery, but neither thinks much of the other’s photography. But after a huge public blowout, their mentor gives them an ultimatum: work together on a project or leave her gallery forever. Grudgingly, the two begin to collaborate, and what comes out of it is astounding and revealing for both of them. Pixels of You is about the slow transformation of a rivalry to a friendship to something more as Indira and Fawn navigate each other, the world around them—and what it means to be an artist and a person.

Ananth Hirsh and Yuko Ota are the Ignus Award winning team behind Lucky Penny, which won a Cybil Award, was a JLG selection, and received a starred review from PW. They live in Brooklyn. J.R. Doyle is an up-and-coming artist, creator of Knights-Errant, a successful web comic and Kickstarter project. They live in Brooklyn.