Home » Addison Cooke 01 and the Treasure of the Incas 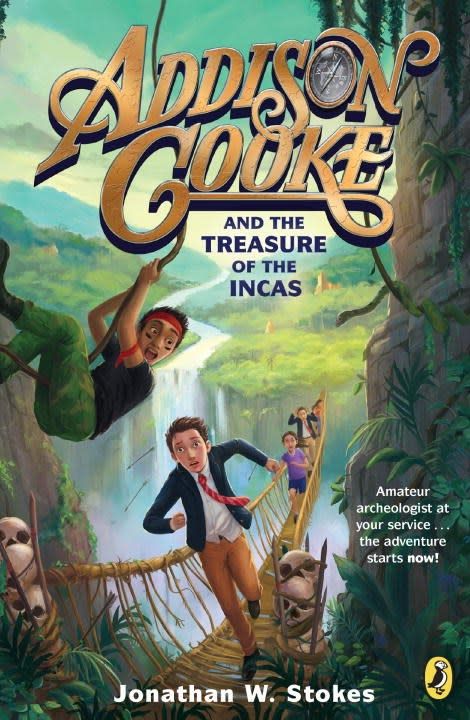 Addison Cooke 01 and the Treasure of the Incas

Luckily for Addison, adventure has a way of finding the Cookes.

After Addison’s uncle becomes the first to unearth an ancient Incan key, the first clue needed to find a vast trove of lost treasure, he is kidnapped by members of a shadowy organization intent on stealing the riches.

An expert in Incan history, Addison’s uncle is the bandits’ key to deciphering the ancient clues and looting the treasure…unless Addison and his friends can outsmart the kidnappers and discover the next clues first.

Eager to save his aunt and uncle, Addison, his younger sister Molly, and a pair of quirky friends hop on a plane to Peru to beat the brigands to the treasure.