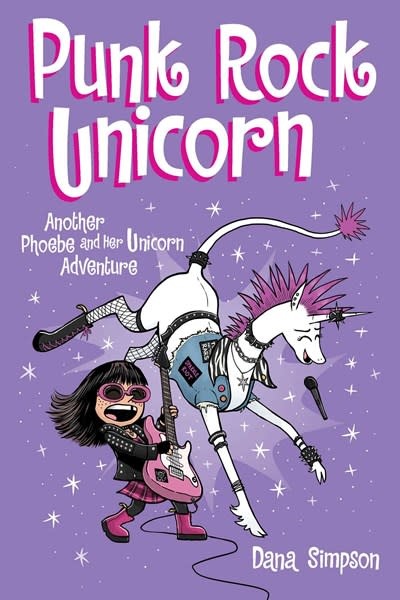 Break out your purple hair dye and set your guitar amps to full blast in this rocking new collection of Phoebe and Her Unicorn comics by bestselling author Dana Simpson.

Phoebe Howell and her unicorn best friend, Marigold Heavenly Nostrils, are headed to music camp for the summer, where they form a punk rock group with fellow campers Sue and Stevie. Marigold also discovers a portal to a parallel dimension where she and Phoebe come face-to-face with the dark and sinister versions of themselves. Throughout their magical and musical adventures, the best friends learn about the value of friendship, following your heart, and rocking your hardest in this sparkling new collection of Phoebe and Her Unicorn comics by award-winning author Dana Simpson.

Dana Claire Simpson grew up in Gig Harbor, Washington, drawing the entire time. She eventually graduated from The Evergreen State College, despite having spent all her time drawing, and not always for credit. From 1998 to 2008, she drew the internet comic strip Ozy and Millie. After winning the Amazon sponsored Comic Strip Superstar Contest in 2009, Andrews McMeel Syndication signed her to a development deal for Heavenly Nostrils, which was later renamed Phoebe and Her Unicorn. She currently lives in Santa Barbara, California, with her tech genius spouse and her fairly stupid cat. 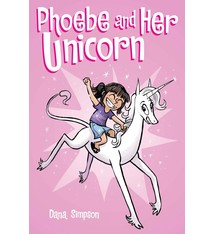 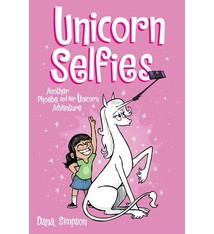 Phoebe and Her Unicorn 15 Unicorn Selfies 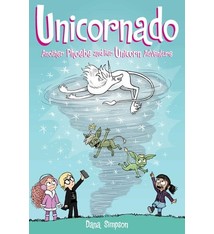 Phoebe and Her Unicorn 16 Unicornado