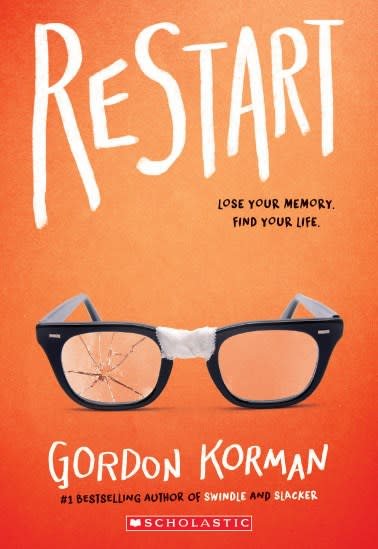 #1 New York Times bestselling author Gordon Korman harkens back to his No More Dead Dogs days in this new stand-alone that takes a tone more serious than you've ever seen from him before.

He knows he's Chase. But who is Chase? When he gets back to school, he sees that different kids have very different reactions to his return.

Some kids treat him like a hero. Some kids are clearly afraid of him.

One girl in particular is so angry with him that she pours her frozen yogurt on his head the first chance she gets.