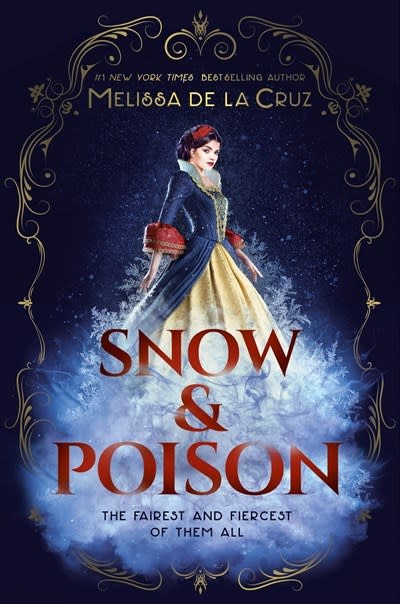 Raven-black hair, red lips, and skin as white as snow—Lady Sophie has led a sheltered life. . . . But that tale ends here.

Duchy of Bavaria, 1621. The palace is abuzz with excitement. The widowed Duke Maximilian is marrying a lady named Claudia, and at last, introducing his daughter Sophie to Bavaria’s high society.

At the ball, Sophie charms the dashing Prince Philip, heir to the Spanish throne. But as days pass and Sophie and Philip fall deeply and dangerously in love, the king of Spain orders Philip’s return home and his engagement to a princess.

Heartbroken, Sophie finds comfort in Claudia. But might the rumors of her stepmother's dealings with magic be true? And when conflict between kingdoms puts a target on Sophie’s back, can a vanished witch be the key ally she needs? A new tale begins: one where Sophie must shield her heart, fight for life life, and protect her home.

Melissa de la Cruz is the #1 New York Times, USA Today, Wall Street Journal, Los Angeles Times, and Publishers Weekly internationally bestselling author of many critically acclaimed books for readers of all ages, including the Alex & Eliza trilogy, Disney's Descendants novels, the Blue Bloods series, and the Summer on East End series. Her books have sold over eight million copies, and the Witches of East End series became an hour-long television drama on the Lifetime network. Visit her at melissa-delacruz.com